The West has been getting it all wrong in the fight against Islam – We have been bringing logic and reason to a battle fed on superstition. Here is an idea inspired by the Israeli pork-face incident.

Let’s use the Koran to prevent terror, by determining what it says will prevent even a martyr from his objective.

Islamic ideology sells the concept that this life is suffering, but that is okay because the next life is heavenly, if you are a good (ahem) muslim. 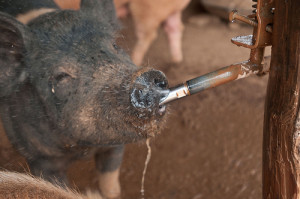 So, in hostage situations or similar, if we could defile the terrorists in the framework of their belief system, they would be stuffed.

If it means we create pork spray, so be it. Lets use their twisted system against them.