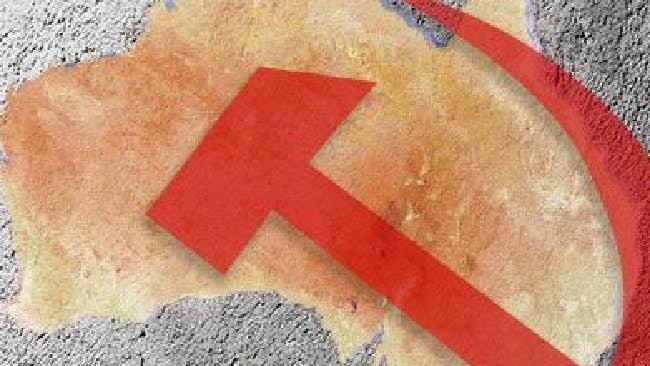 Victoria is the Degenerate State. The Labor Party scammed their way into power by focusing almost exclusively at the last election on a pay rise for ambulance drivers. What we got was a government that backed an education syllabus designed under the guidance of a pedophile apologist, that payed a billion dollars for a tunnel not to be built, and which runs a protection racket against conservatives who attempt to publicly express their views.

Labor’s launch focused on the usual talking points regarding the so-called “progress” their party has made, and scare tactics regarding the “cuts” the Liberal Party would make, ie, the Libs would want to be prudent with other people’s money.

“Victorian Opposition leader Matthew Guy has branded Labor “the party of crime” and pledged a ­judicial inquiry into the party’s 2014 misuse of MP staff allow­ances, as the Coalition and Labor launched their campaigns for the November 24 state election….

He saved his most forceful comments for a salvo against Labor, which he branded “the party of crime” and promised a ­judicial inquiry into its “Red Shirts” scandal.

As Liberal volunteers on stage waved banners citing “Jail the gangs”, “End the traffic chaos”, “Cutting taxes”, “Cutting your bills” and “Get back in control”, Mr Guy attacked Labor for its failure to address crime in the state, as well as a rorting scandal within the party. “Labor is the party of crime; they commit it, they make excuses for it,” he said.

“When the government of the state are a pack of crooks, it’s no wonder they make excuses for loads of other crimes.”

Mr Guy took aim at the party’s failure to co-operate with a police investigation into its misuse of MP staff allowances to pay ‘‘Red Shirt’’ campaigners in 2014, while slamming Mr Andrews for attempting to block the investigation.

The Liberal leader reeled off a rollcall of Labor scandals including the resignations of former Speaker Telmo Languiller and deputy Speaker Don Nardella — who claimed taxpayer funds to live in second residences outside their electorates — and former training and skills minister Steve Herbert, who was caught having his dogs chauffeured to his country home at taxpayer expense.”

Former Liberal Premier of Victoria Jeff Kennett has backed up this speech.

“The Daniel Andrews-led government has stood down one MP for alleged bullying, another for using his government-provided car as the personal chauffeur for his dogs; a third minister, Jane Garrett, had to resign her commission for doing her job professionally against the Premier’s will.

There’s more: the ALP Speaker and deputy Speaker stood down from their positions for inappropriately applying for and receiving public funds to which they were not entitled.

And before the last election, the ALP misappropriated pubic funds for their electoral benefit. Having fought the Ombudsman investi­gating their fraud, they then fought through the courts, spending a further $1 million of public money doing so. The High Court rejected their appeal.

Now the police are investi­gating those politicians involved including six ministers alleged to have falsified documents.

The government has refused to have those under investigation be questioned by police, including the ministers.

This is nothing out of the ordinary for the Labor Party, but it good that the Liberal Party is drawing attention to it.

What is interesting is that in neither of the two articles linked here was the Apex Gang openly named, nor African crime. The following lines are okay:

“No wonder Victoria has a law and order problem when police command won’t do what they are charged to do.

When ALP figures are treated differently from citizens.

The Police Commissioner should resign. Clearly, he will not be sacked by this government.”

But they could go harder. The Sudanese in Victoria commit a disproportionately higher rate of crime than other ethnicities, and a lot of people are well and truly fed up with the terrorism inflicted by the Apex Gang. We are also sick of being told it is not really a problem and we should all learn to be more tolerant.

Victoria, and in particular Melbourne, is one of the epicentres of the demographic shift which is changing Australia. 90% of new migrants coming to Australia are going to either Melbourne or Sydney, and Melbourne is expanding as a result. The Liberal Party have touched on this in some of their campaign ads.

We’ll build BOTH an EWL & a NEL

Melbourne’s traffic congestion is out of control.

We need to get back in control of traffic congestion by building an East West Link, a North East Link and removing 55 of Melbourne and Geelong’s most congested intersections.

This is all part of a Liberal Nationals plan to get Victoria moving. Read more: bit.ly/get-victoria-moving

We need to upgrade our train connections to decentralise our state and get back in control of population growth. That’s why a Liberal Nationals government will introduce European-style high speed rail across Victoria.

It’s all part of my plan to get Victoria moving. Read more: bit.ly/get-victoria-moving

Like the Federal government however, they have skirted around the core issue – the government is deliberately changing the demographics of Australia. To this extent, we will soon no longer be Australia. By continuing to avoid the race, and focusing on the impacts of population growth on infrastructure, conservatives will simply allow the powers that be to call our bluff and public-relations-manage our replacement.

As such, this election is still just a rearranging of deck chairs. I expect the next one to be far more interesting.