What a bunch of scaredy cats.

Victoria Police Chief Commissioner Shane Patton says police had “significant concerns” that trying to stop the Black Lives Matter protest going ahead in Melbourne on June 6 would have resulted in violence, looting and “mayhem” as was seen overseas….

Outdoor gatherings of more than two people from different households are banned in regional Victoria under Stage Three stay-at-home restrictions, and all protest activity is prohibited.

Mr Patton said demonstrations involving up to 10 socially distanced people were permitted under an interpretation of the “recreation” exemption when the Black Lives Matter protest went ahead on June 6.

“I can still remember at the time, I said, ‘Absolutely, this should not go ahead, it’s going to be illegal, I don’t support it, and we will … investigate and issue infringements to the organisers,’ which we did.” Mr Patton told ABC radio.

“The major consideration and the distinction then is, we did not have the absolute spread of the virus that we do have now, and that would put a completely different framework around the decision-making process, but I think the really significant thing to remember back then, even though we said this was illegal and did not want it to go ahead, we had around the world cities that were burning, we had protests that were violent, we had people being injured, we had property being damaged, places being looted, and absolute mayhem in many societies around the world.

“We made a decision here that our priority was public order, and on that basis, it was going to be impossible to have a peaceful protest if we were going to try and stop 10,000 to 20,000 people.

“We had significant concerns that we would have that type of mayhem in Melbourne, and so as a result, we reluctantly took the approach we did. And that is the reason.”

No one who attended the Black Lives Matter protest was arrested or fined, except for three organisers who each received $1,652 fines for breaching coronavirus restrictions, rather than being charged with incitement or any other offence relating to their role in encouraging thousands of others to breach the rules.

They’re lying. Look what BLM and Antifa terrorists do when the police are not around.

The concern that the BLM rally in Melbourne could turn violent should have been the reason it should have been banned, not an excuse to let it go ahead. What they’re saying is that if a group can demonstrate that it has the ability and the will to inflict violence upon anybody who stands in its way, Victoria Police will back down. I am sure the people planning the Melbourne protest this weekend will be paying attention.

Of course, we know Victoria Police are lying, and they know we know they are lying. The point is that they have been forced to acknowledge the double standard at all because of the international outrage at the arrest of a pregnant Ballarat mother in front of her children:

Mr Patton was asked to explain the police response to the protest, which was attended by more than 10,000 people at a time when outdoor gatherings were limited to no more than 10 people in Victoria due to coronavirus restrictions, in light of the arrest last week of pregnant Ballarat mother Zoe Lee Buhler.

Ms Buhler was arrested and charged with incitement in front of her partner and young children after she called for people to attend a protest against coronavirus restrictions in a Facebook post.

Both Victoria’s Chief Health Officer and the Chief of Police are publicly distancing themselves from the decision to put Melbourne under curfew, and the truth is coming out regarding the hotel quarantine scandal. Daniel Andrews’ web of lies is starting to unravel. 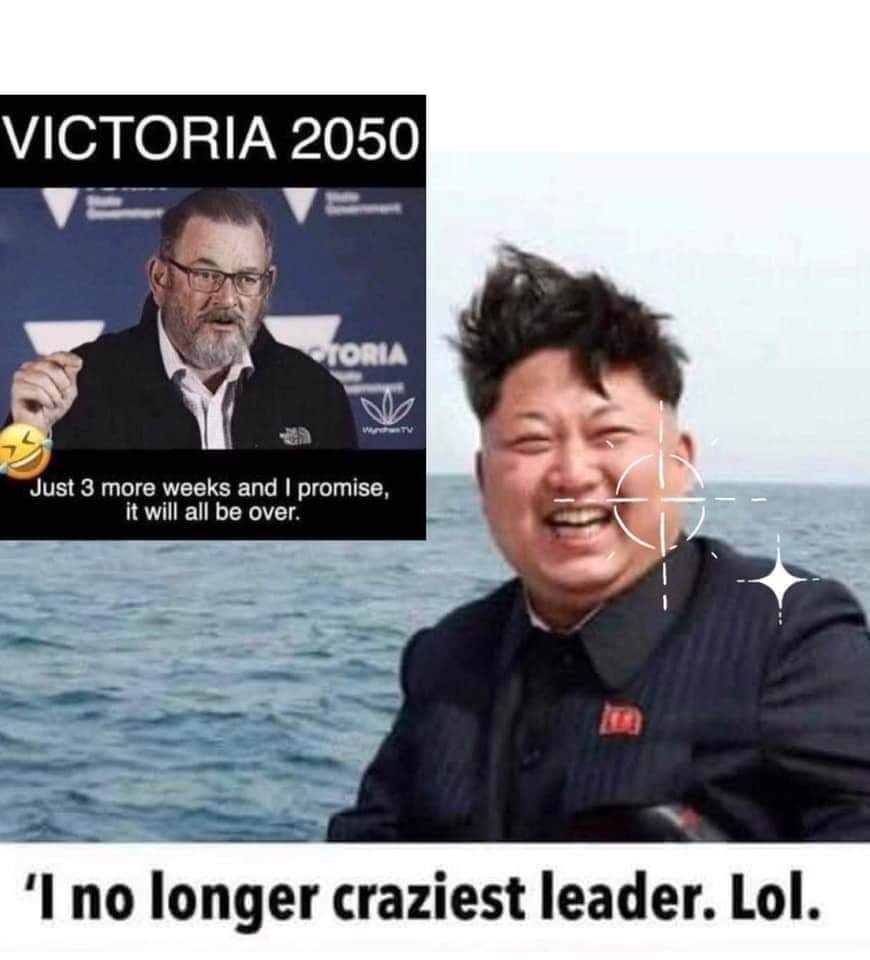