The last week and a bit has witnessed two extraordinary blunders from the left-wing media establishment in Australia.

These blunders have been so total, as to provide all the proof we need that if we truly had a fair and balanced media in Australia, they would have delegitimised the political left in Australia so completely that media studios would have been stormed in a fashion similar to Paris, circa July 1789, entire university student union buildings would be cleared, and a march back through the institutions of power in this country by the forces of tradition, patriotism and liberty would have been initiated. Alas, Australia does not have a fair and balanced media, hence it is up to The XYZ to continue its work to ritually humiliate the Marxist dolts via Wally of the Week, named after Everybody’s Favourite Muslim Apologist, Waleed Aly (TM) until such time as it has the ability to spark a mass purge, in similar fashion to the Soviet Union circa the 1930’s, with the stroke of a pen.

What’s that? Yes, Wally of the Week just went meta.

Moving forward (in the words of the witch) Stan Grant has discovered just how powerful his carefully couched, plausibly deniable scrawling can be, when he suggested that many aboriginals don’t agree with the plaque on the statue of Captain Cook in Sydney’s Hyde Park bearing the information that he “discovered” Australia.

Lo and behold, his words incited property damage, with the statue and others being vandalised with graffiti shortly after.

Yep. What a Wally. 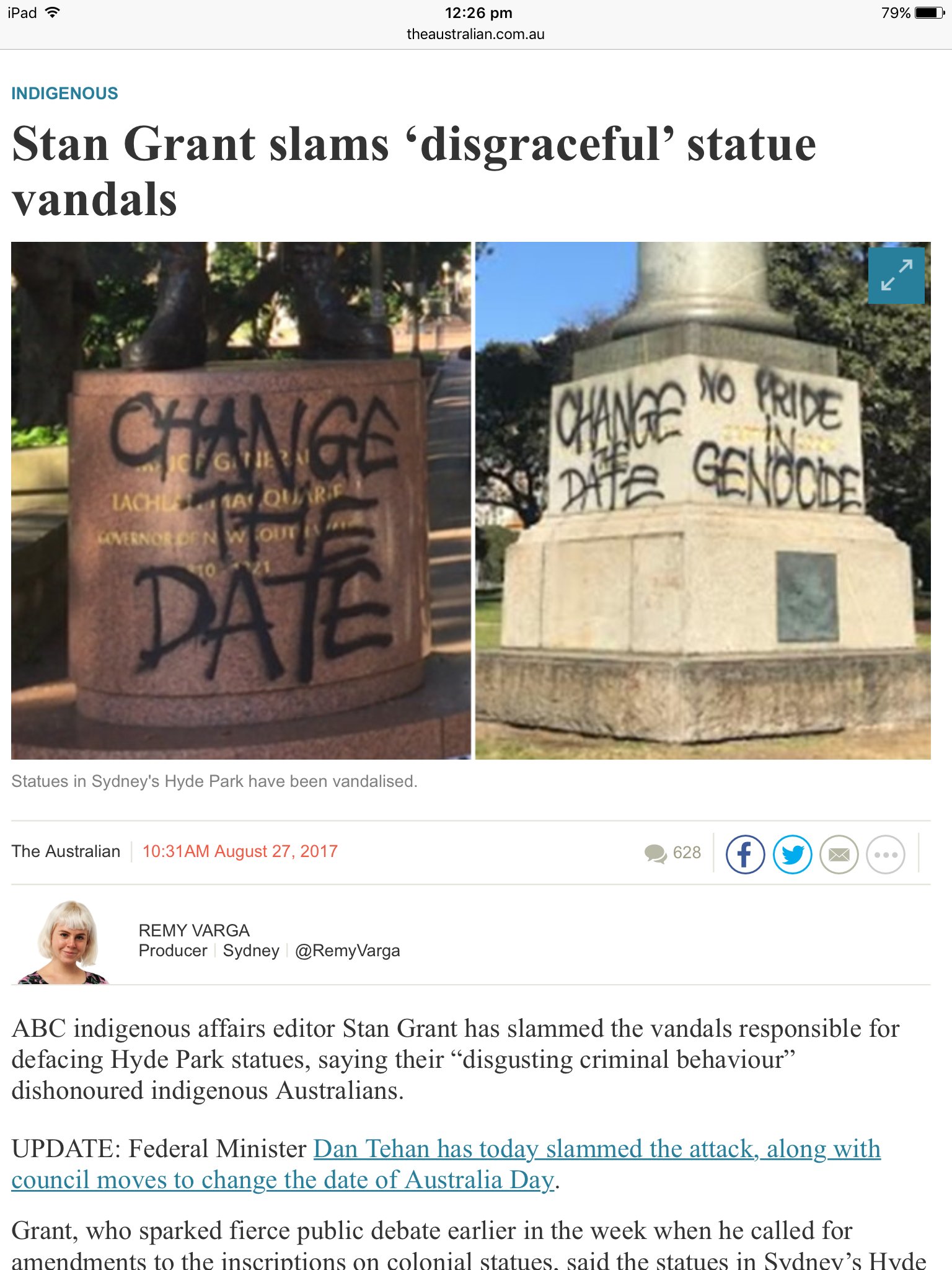 A few days later, Channel 10 was caught up in a media frenzy determined to demonstrate that Melbourne is in danger of being swamped by national socialists. Having heard that an anti-same sex marriage flyer linked to a national socialist website had been posted in an obscure Melbourne laneway, they dispatched reporters to go and find it. When they couldn’t find it, because it was a hoax, they compounded the hoax by photoshopping the flyer onto a random overseas bus stop and running the fake news story anyway.

Now we know what you’re thinking: sack the goddam lot of them. But for reasons to which we have already alluded, The XYZ does not yet have the clout to order mass arrests. We can however play our role in lampooning the idiocy of the regressive left, with the hope of inspiring said retaking of the institutions of society.

And so can you. The XYZ needs your help. Who is the bigger idiot? Stan Grant, or Channel 10?