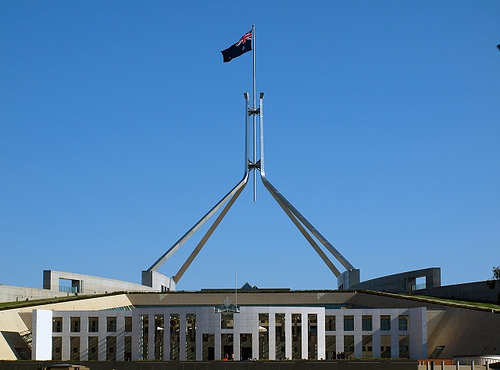 We’d like to say that XYZ readers are pretty cluey:

But blind Freddy could have seen this coming:

MALCOLM Turnbull’s prime ministership is effectively over, after a mass exodus of his ministers and a new challenger putting his hand up for the top job.

Sky News reports that Treasurer Scott Morrison will run against Peter Dutton for the Liberal leadership, with further rumours Mr Turnbull will step aside.

In a brutal final blow for Mr Turnbull this morning, his key backers resigned after realising the Prime Minister no longer had the support of the Liberal Party.

The first were Mathias Cormann, Mitch Fifield and Michaelia Cash, who fronted cameras to announce their resignations and told Mr Turnbull he should call another party room meeting to resolve the leadership question.

There are reports Health Minister Greg Hunt could stand as Mr Dutton’s deputy in the leadership ballot.

Senator Cormann said Mr Turnbull offered his resignation but the Prime Minister declined to accept it.

“It’s with great sadness and a heavy heart that we went to see the Prime Minister yesterday afternoon to advise him that in our judgment he no longer enjoyed the support of the majority of members in the Liberal Party party room and that it was in the best interests of the Liberal Party to help manage an orderly transition to a new leader,” he said.

“The reason we came to that view is because of the number of colleagues who came forward, who supported Malcolm in the leadership ballot on Tuesday who indicated to us that they had changed their position.”

They have even voted to adjourn parliament.

The new question is, has the Liberal Party spotted the iceberg and changed course soon enough, or are they rearranging the deck chairs? To put it more precisely, will the new leader of the Liberal Party, Dutton or Morrison, and the rank and file of its MP’s, recognise that if the Liberal Party is to survive it needs to go back to its conservative roots, or will it be more of this?

More importantly, is Australia going to survive as a nation or are we going to be merely subjected to a few more years of “progressive” SJW identity politics before the country breaks up as the illusion of “multiculturalism” disintegrates.