It has been a while since XYZ held a Wally of the Week, but this is about as good as it gets.

Federal Greens Senator for Western Australia Scott Ludlam has been forced to resign, after discovering he was ineligible to hold the post under Section 44 of the Australian Constitution: 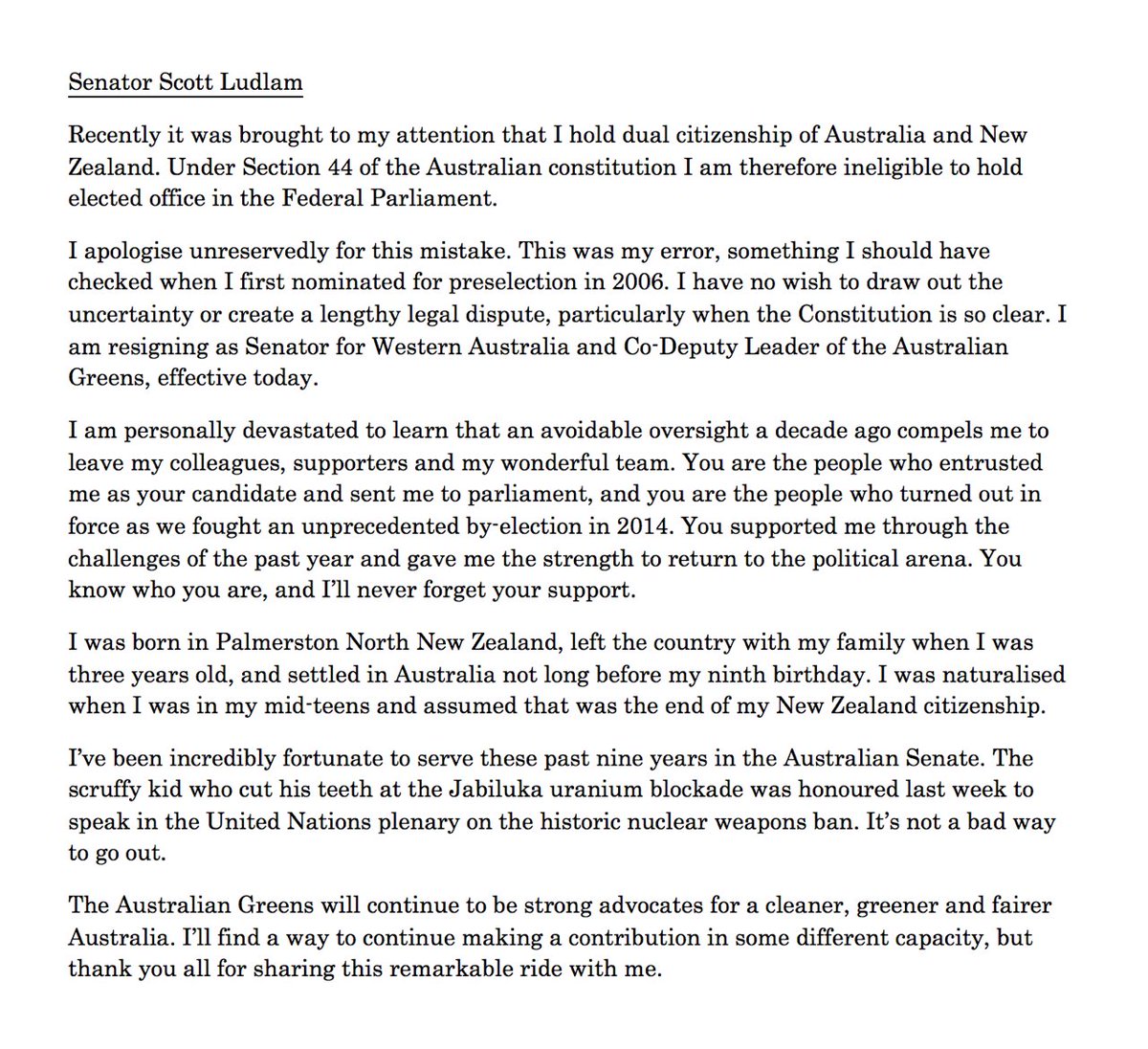 This is wonderful. Do you remember a few years ago when all your left-wing friends were virtue-signalling on Facebook by sharing his personal attack on Tony Abbott disguised as an address to parliament?

Anyone who shared this nonsense should resign from their job, too. Or at least resign from Facebook.