In the previous episode of the Wang Show, we were treated to a review of the communist musical Hamilton, with its ahistorical storyline and supposedly “subversive” nature – ie, most of the actors were black (even if the historical person in question was not black) and the only white people were evil (no, not Star Wars: The Last Jedi, that review is still coming).

Highlights include key roles by Aussie legends such as Mel Gibson, Russel Crow, Ernie Dingo and Iggy Azalea, Winnie Mandela’s penchant for necklacing set to Country & Western music, and the famous I wish I was in Dixie presented as the new national anthem of the Rainbow South Africa. 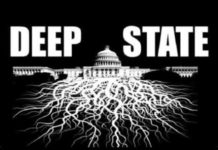