Episode 10 of the Wang Show: Huxtable Show Shitcan-niversary provides a tour de force of the last year in politics, with a focus on the US presidential election. Hillary Clinton and Madonna come in for some special attention, as do the elite, or should we say former elite of Hollywood. People with long political memories will also find this podcast rewarding.

People with a taste for fine music may not, given that the second half is given over to a parody and review of Hamilton: The Musical, which gained notoriety when a member of the diverse (all black) cast harangued Vice President Mike Pence (pictured above) at a showing in New York City. However, Vic’s keen political analysis will help the high-IQ listener overcome certain drawbacks in aesthetics. 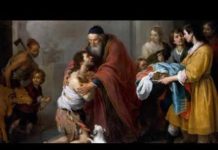