President Trump’s National Security Advisor, General Mike Flynn, has resigned. The reason given is that the relationship of trust with the President was broken by allegations made in the MSM, and based on leaks, the source of which is yet to be identified, that Flynn did not fully disclose to the FBI, and to the Vice President, the whole content of a conservation with the Russian Ambassador on 29 December 2016 concerning the sanctions imposed by the Obama administration on Russia. An internal investigation concluded that there was no wrongdoing by Flynn, finding that there were, in fact, no discussions of the sanctions or the then incoming Trump administration’s attitude to them, but the damage to the relationship was significant, as the President endured a yet another firestorm in the MSM, that once again showed how desperate certain elements are to erode, if not destroy public, confidence in the new President.

With Flynn’s departure, attention is now turned to finding the source of the leaks that wrongly caused so much damage and further fuelled the MSM obsession with the absurd conspiracy theories that the President is compromised by Russia. Flynn, who, albeit briefly, was on the inside of the civil intelligence community, named the likely source as someone from the intelligence community, the National Security Council or the Departments of State or Defence. 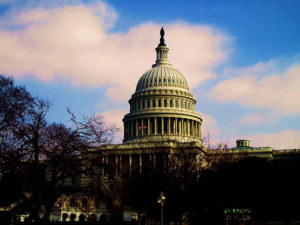 Trump neatly summed up the situation, and why it’s a problem, when he tweeted, ‘The real story here is why are there so many illegal leaks coming out of Washington? Will these leaks be happening as I deal on N.Korea etc?’. White House Spokesman Sean Spicer put it another way when he said, ‘People who are entrusted with national security secrets, classified information, are leaking it out. That’s a real concern for this President’. The Chairman of the Congressional House Permanent Select Committee on Intelligence echoed the President’s concerns when he said, ‘There does appear to be a well-orchestrated effort to attack Flynn and others in the administration… from the leaking of phone calls between the president and foreign leaders to what appears to be high-level information, to the leaking of American citizens being denied security clearances, it looks like a pattern’.

Leaks from government are not new, or even unusual, and most incoming administrations suffer by them. What is, however, unusual is the sheer scale of the leaks, the classified and sensitive nature of the material, and that the leaked material is being politicised in an unprecedented way, in this instance to cause the departure of Flynn, and more significantly in an attempt the damage the President.

After Trump won the presidency there were myriad predictions that he would encounter resistance, if not outright insurrection, from within the civil service, and parts of the MSM and left progressives comforted themselves with the idea that civil servants loyal to the Obama administration would moderate, if not subvert, the Trump agenda. The idea that low-level civil servants tilling the arid soil of federal administration would go into a political funk and then play largely meaningless games was not particularly troubling, but it is a rather different matter when parts of the deep state feel entitled and legitimised to break the law and leak classified material because of their personal politics, and in an attempt to break a president who won a free election.

The growth of government, intrusive and controlling as it has become, doesn’t sufficiently trouble enough of the electorate, mostly because they rarely see any direct ramifications, and many people blithely accept the idea it is necessary that some functions of government should take place behind a veil of classification and secrecy, and away from the scrutiny that ordinarily acts as a brake on excess. For that system to function it is necessary for the public to believe and trust that the freedom to operate in that way will be used only for legitimate and proper purposes, and never against the interests of the people.

Make no mistake: what we witnessed concerning Flynn is part of the deep state using the secret machinery of government against the democratically-elected choice of the people, and the excuses are running thick and fast from the progressive left; Bill Kristol recently and helpfully tweeted, ‘Obviously strongly prefer normal democratic and constitutional politics. But if it comes to it, prefer the deep state to the Trump state’. Rational people should be troubled by the events and more so by the apparent ease with which the left seeks to excuse the criminal acts involved; the people who released this material have committed an offence against the Espionage Act, and if identified and prosecuted they could well go to jail for a long time.

No doubt those among us who are opposed to the seismic political shift at the election will feel that these acts should be excused, because they are resisting an illegitimate President and protesting a stolen election, but they are wrong. We are watching the left cast aside the normal democratic processes, the rule of law and the US Constitution to once again take up the idea that violence and breaking the law are legitimate political acts when an election is lost, and in so doing they are breaking, perhaps forever, the legal and social contract that distinguishes the Western democracies from other political systems: that political change can and should only ever take place by free ballot. Once that line is crossed, what is good for the progressive left will also be good for the conservative right when the electoral cycle eventually turns, and the very foundation of free democratic states is lost.