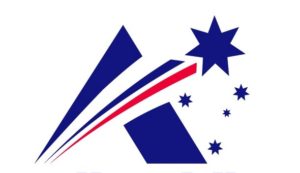 A day after the 2016 Australian Federal election, much of what I and my colleagues at The XYZ suggested would happen has happened, although perhaps not exactly as we had imagined.  Most obviously, our prediction of carnage on election day proved correct.  We may not know for a few days which party, Liberal or Labor, will form government, nor whether they will govern outright or as a minority government relying on the goodwill of minor parties and independents.

The XYZ Viewer Poll conducted last week indicated that this was probable, with many former Coalition voters saying they would preference the minor parties to the right before the Liberals, and many would even preference the Liberal Party last, in order to punish them for disloyalty to Tony Abbott and disloyalty to core conservative principles.  It was not known whether this would manifest itself in a big vote for minor parties and independents in the Senate, (it has) or whether it would affect the House of Representatives too.  Clearly, it has.

What has surprised me is where this protest vote has gone.  I, along with other independent media commentators such as Paul Zanetti, had predicted a big haul of Senate spots for the Australian Liberty Alliance.  Although there may still be a slim chance they could snare one seat on preferencs, it is unlikely.  Instead, The XYZ’s Ryan Fletcher appeared to have his finger more on the pulse than I, predicting the return of Pauline Hanson and her One Nation Party.

Regarding my own thoughts on some of the new independent and minor parties who have been elected in the Senate – the Protectionist Party, sorry, Nick Xenophon Party, Jacqui Lambie Party, Derryn Hinch, and One Nation – are that they are populists.  My two favourites, the Liberal Democrats and the Australian Liberty Alliance, have both struggled.  The reason I preferred these two parties was that they both appeared to have clearly articulated principles and a clear plan for the future.  The Liberal Democrats are principled libertarians, and apply the philosophy that limiting the size and role of government to every aspect of political and national life is a good thing.  Contrast this to the single-issue opportunism of Xenophon, and the attention-seeking opportunism of Lambie.  The A.L.A. appear to have an extensive knowledge of Islamic ideology and history, and an understanding of how Islamic ideology instructs and drives Islamic terrorism and conquest.  Pauline Hanson has re-moulded herself as an anti-Islamic candidate, but her previous opposition to migration, and Asians in general, makes me suspect her for the same reason I suspect the UPF.

The conclusion I reach from this is that parties which have a clear conservative, classically liberal, cultural libertarian philosophy, have a potential constituency, especially as the Liberal Party moves further away from these positions.  At the moment, that constituency is voting for people whom it knows, who are familiar to them, but do not necessarily have an over-arching philosophy which can lead to coherent policy, and articulate a clear, credible strategy for the future.

Like XYZ contributor Lucas Rosas, I think a right-wing equivalent to the Greens is necessary to keep the Liberal Party in check.  Otherwise, today’s satire on the merger of the Liberal and Labor Party will not be satire for much longer. For this reason, I think it is vital for the ALA and LDP to perservere, to hone hone messaging and organisation, and to keep articulating their philosophy.  David Leyenholm has done a tremendous job promoting libertarianism inside parliament and on social media.  The ALA have tremendous candidates in the form of Bernard Gaynor and Kirralie Smith, and the potential for big popular support in Angry Anderson.

Their time will come.