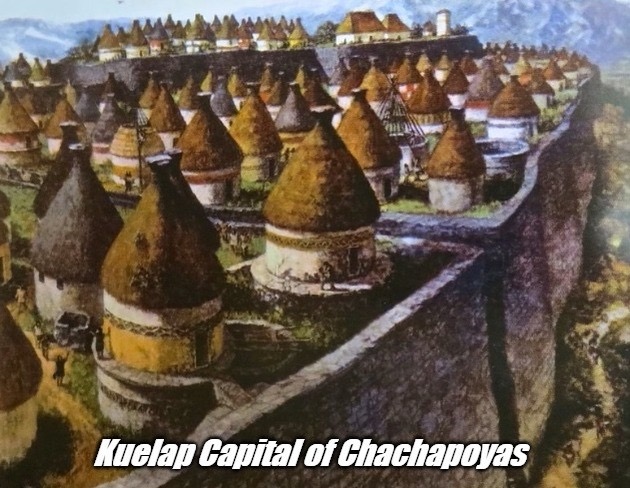 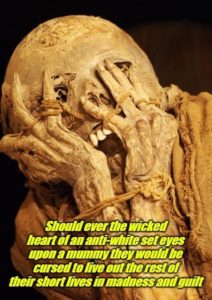 At the head of the Amazon River, deep in the cloud forests of the Peruvian Andes lived a tribe of white people known as the Chachapoyas (Warriors of the Clouds). These hardy people farmed the hillsides, raised livestock and guinea pigs for food. The Chachapoyas civilisation consisted of a number of small cities spread out over vast mountainous terrain. They are believed to be the last of the white tribes that once inhabited the lands down as far as Northern Chile where the worlds oldest mummies can be found. Some archaeologists have speculated that the cloud people could have been European exiles who escaped during the Roman conquests of the Celtic or Carthaginian lands.

The Chachapoyas dead were meticulously mummified and carefully placed on ledges and tombs overlooking the valleys of their living space. Sometimes they built hollow Easter Island like structures around the mummies and painted them with red, white, yellow and black ochre. The mummies watched over their land to ward off evil. Should ever the wicked heart of an anti-white set eyes upon a mummy they would be cursed to live out the rest of their short lives in madness and guilt.

It is conceivable that as the Asiatic Amerindians pushed into their living space the white genocide process began. First it was non-violent, consisting of individuals falling in love and being accepted into each others tribes. Then as the Inca realised that the Chachapoyas cities were small enough to conquer and had land and resources that they wanted the preparations for war began. 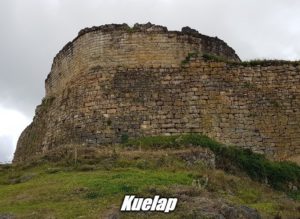 Possibly due to Incan aggression the Chahapoyas constructed their massive hilltop fortified-city complex of Kuelap, known as the Machu Picchu of the North. This fortified-city was made from hundreds of tons of stone blocks and at the top they built their unique round houses with pointy thatched roofs. It is believed that the Chachapoyas were fearsome warriors and were able to defend themselves against savage Incan attacks for many generations. 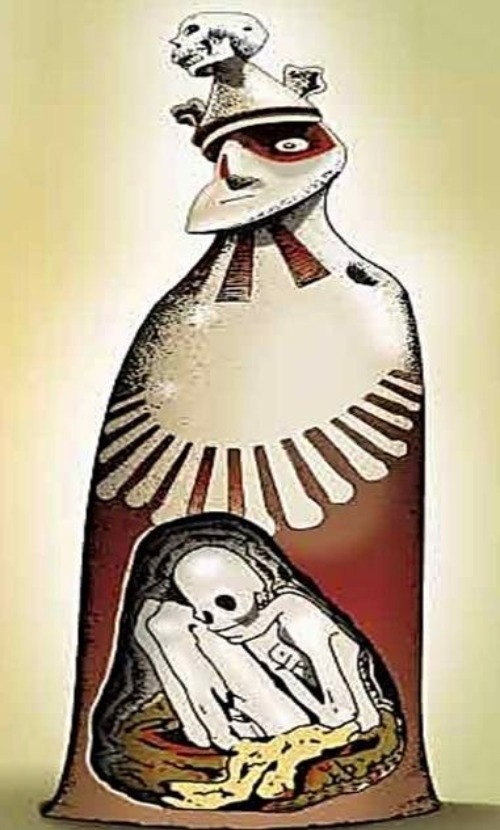 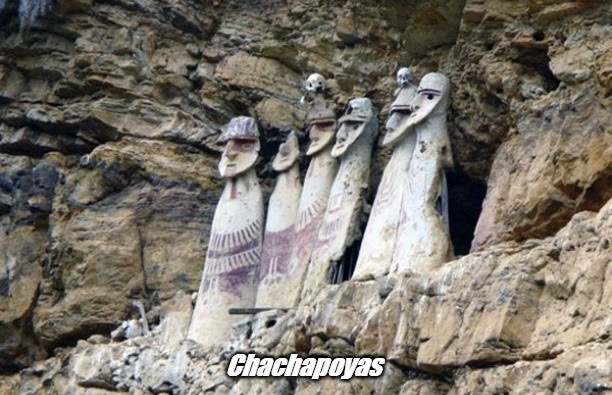 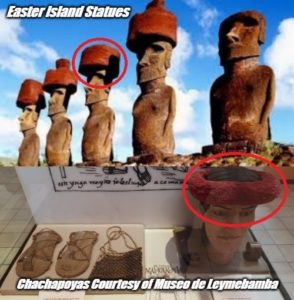 In 1493 the Chachapoyas were finally over powered and white genocide became violent. The tall fair women were carted off to become wives of the conquerors. The Inca introduced a policy called ‘Mitma’ where they resettled many Chachapoyas to other parts of the empire and brought in thousands of non-whites to assimilate with them in order to eliminate the Chachapoyas race and culture to prevent them from ever demanding self determination and freedom from taxation and parasitism while their land was plundered. 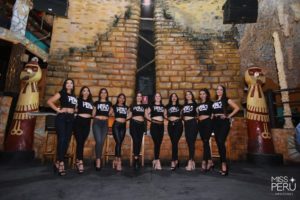 When the Spanish arrived in 1532 on their quest to subdue the mighty Incan empire many of the remaining white tribesmen joined the Spanish army to exact revenge on the blood thirsty Inca. Unfortunately many Chachapoyas succumbed to small pox and suffered under Spanish rule as well. Demographics is destiny. Today the Chachapoyas have comparatively lighter skin, fairer hair and are still known for their beauty.

Interestingly some Chachapoyas have an uncanny resemblance of Irish or the Basque people and used what we know as the Celtic cross in their jewellery. They still adorn their artefacts with the curved swastika of the ancient Europeans. 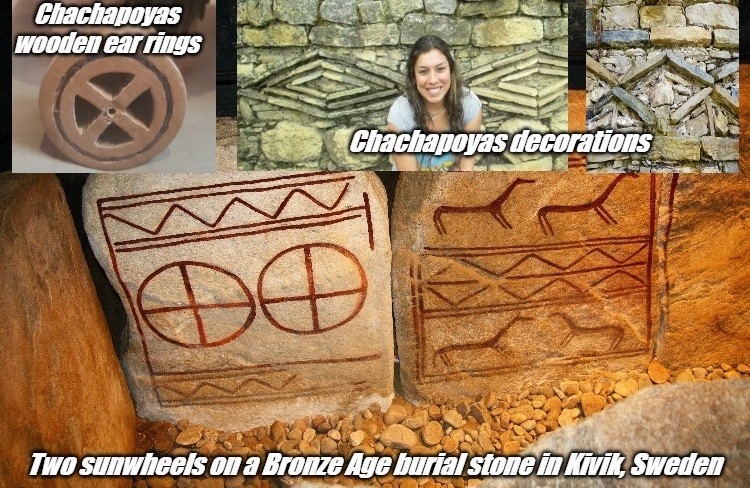 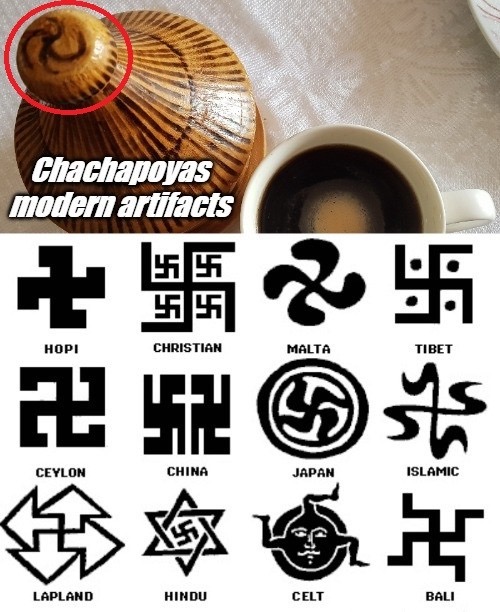 The 10th stage of genocide is ‘Denial’. Anti-whites deny that the targeted group ever existed at all. Much effort is made by the globalist establishment to prevent thorough investigations on these archaeological findings should they shed light on current events. Even the Lonely Planet guide book that most travellers refer to has white washed it’s pages of any references to the fairness of the Chachapoyas. 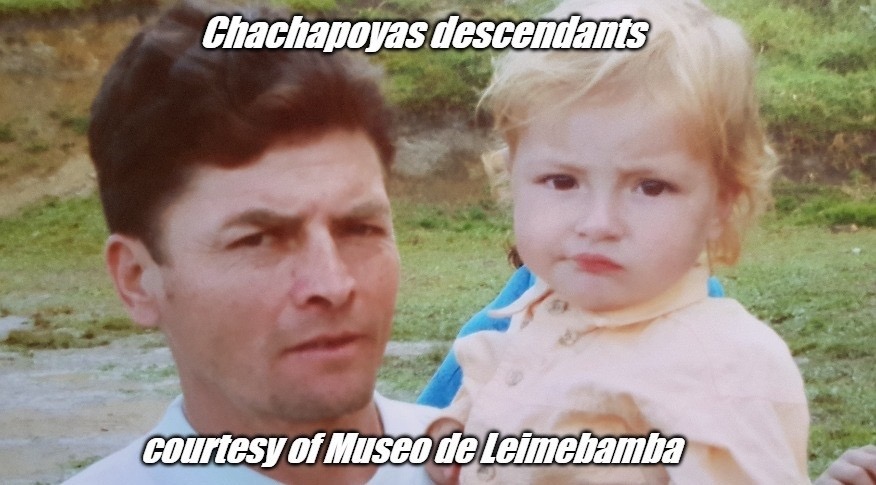 “The Chachapoyas, or ‘People of the Clouds,’ controlled the vast swath of land around present-day Chachapoyas from AD 500 to around 1493, when the Incas conquered the area and ended the Chacha isolation. Very little is known about this civilization, whose inhabitants were thought to be great warriors, powerful shamans and prolific builders who were responsible for one of the most advanced civilizations of Peru’s tropical jungles. Today, among the many dozens of cliff tombs and hamlets of circular structures left behind, archaeologists match wits with grave robbers in a race to uncover the heritage of the Chachapoyas.”

“In Aymara, Chachapoyas means “the cloud people”, perhaps a description of the fair-skinned tribes who used to dominate this region, living in one of at least seven major cities (like Kuelap, Magdalena and Purunllacta), each one located high up above the Utcubamba Valley or a tributary of this, on prominent, dramatic peaks and ridges. Many of the local inhabitants still have light-coloured hair and remarkably pale faces. The Chachapoyas people, despite building great fortifications, were eventually subdued by the empire-building Incas. Chachapoyas was once a colonial possession rich with gold and silver mines as well as extremely fertile alluvial soil, before falling into decline during the Republican era.” 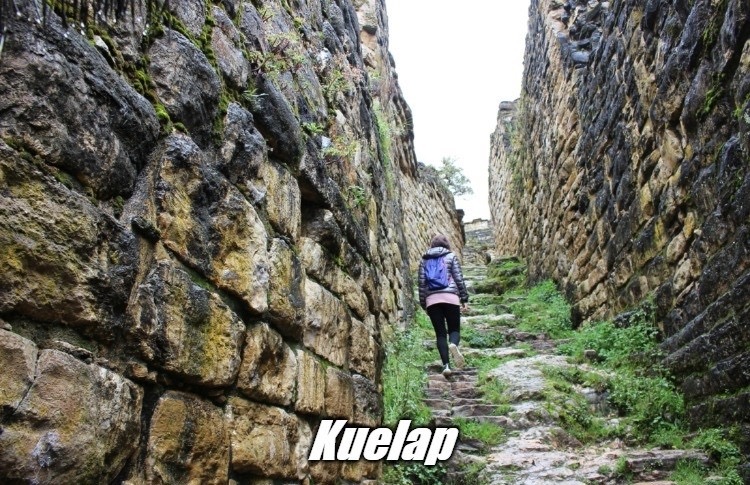 It is very important that Australians learn from historic events and recognise the white genocide process so we can take actions to prevent a total repeat. History teaches us that the majority of white Australians will succumb and go extinct for ever but a break away civilisation could be the solution. It only takes a few thousand Honorable Australians to create a future where their children can be safe. The rest of the population are waiting for the very people who are actively destroying their race to stop and reverse the situation for them. This ignorance has already condemned their grand children to a future much like the favelas of Brazil where car-jackings and gun crime happens daily. 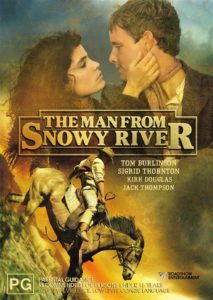 I can foresee the day when the last fair-skinned Australians survive high in the rugged Snowy Mountains. Few people believe that they once ruled the entire Australian continent from a city they built and named Canberra. The Anti-white Globalists for years had imposed a policy called ‘Multiculturalism’ to flood the continent with non-whites and assimilated them to destroy their race and culture to prevent them from ever demanding self determination and freedom from taxation and parasitism while their land was plundered.

Some people say that they were called ‘Snowy Mountaineers’ because of their fair-skin, while others say no whites ever lived in Australia and ‘Snow Mountaineers’ was just a reference to the mountains that they inhabited and to think other wise makes you a conspiracy theorist. 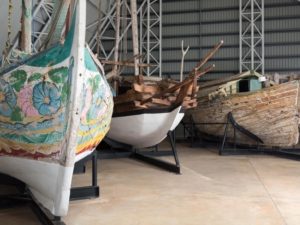 If anyone thinks for one minute that the Globalist anti-whites will build museums to remember us; think again. Australia is still over 70% white but if you visit the Darwin museum on Dickward Drive by the aptly named Fanny Bay you will see galleries of aboriginal art and artefacts. You will see displays of fauna and flora, of geology and cyclone Tracy simulators. You will find a massive hangar full of illegal immigrant boats, small ships and dug out canoes.

Apart from the tax payer funded building with air-conditioning, electric lighting, running water and mechanical elevators there is basically no hint that white people ever lived in the Northern Territory at all. We have been white washed from history while we are still the majority. What will it be like when they make us a minority? 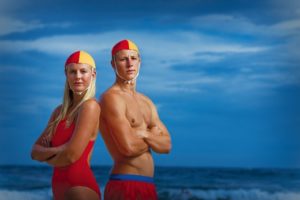 White people used to make up 30% of the worlds population but now we make up just 8% and falling. Millions of non-whites are being flooded into every white majority country and assimilated with ‘Multicultural’ programs.

There will still be a billion Africans in Africa, a billion Indians in India and 2 billion Asians in Asia. How long will it take for white children to be made extinct for ever? ‘Multiculturalism’ is just a code word for White Genocide.