Foreword: I never wanted to write this article, but the actions of those responsible for the West’s destruction have become too obvious to ignore and it’s become duty for us all to call out exactly where the problem lies. If you are Jewish and the words here upset you, GOOD! You should be upset, just as we are upset at the destruction of our families and homelands by your tribe’s incessant meddling in and domination of our affairs. If you didn’t constantly try to censor us and shut us down it wouldn’t be necessary to call you out, we won’t stop talking no matter what you do. If you truly love your own people you will read and listen carefully, nobody (no one sane anyway) wants violence but calls for censorship are incitement to violence and you reap what you sow.

It’s Jews, yes, that’s the truth and it needs to be stated as clearly and as concisely as it can be stated. The group behind the current drive to censor the internet are almost entirely Jewish, acting in the interests of the Jewish people, Judaism, and the unholy State of Israel.

Sure, there are a number of useful Goys willing to do their part to ensure the West protects Jewish Globalist interests (more on them shortly), but the driving force behind the move to take dissenting opinion off the internet is Jewish supremacy and a desire to suppress, or destroy, anything that goes against the interests of “God’s Chosen.” 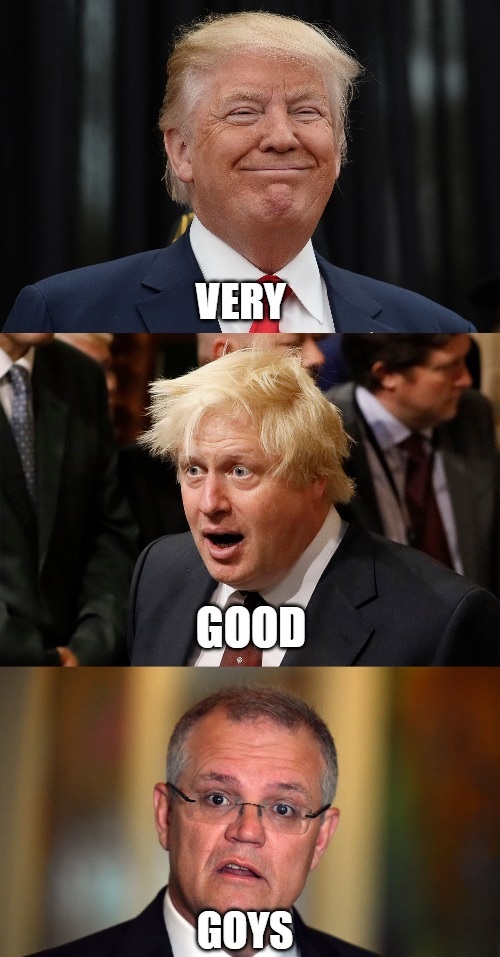 Take this article from the Jewish Supremacist group and money-laundering organisation, the Anti-Defamation League (ADL):

Following the June 2019 announcement, it appeared that YouTube was taking steps to remove offending content from its service, and several channels that were noteworthy vectors for the dissemination of anti-Semitism appeared to have been shut down. However, subsequent analysis from ADL’s Center on Extremism (COE) found that significant anti-Semitic and white supremacist content continues to be accessible on YouTube even after the policy update. 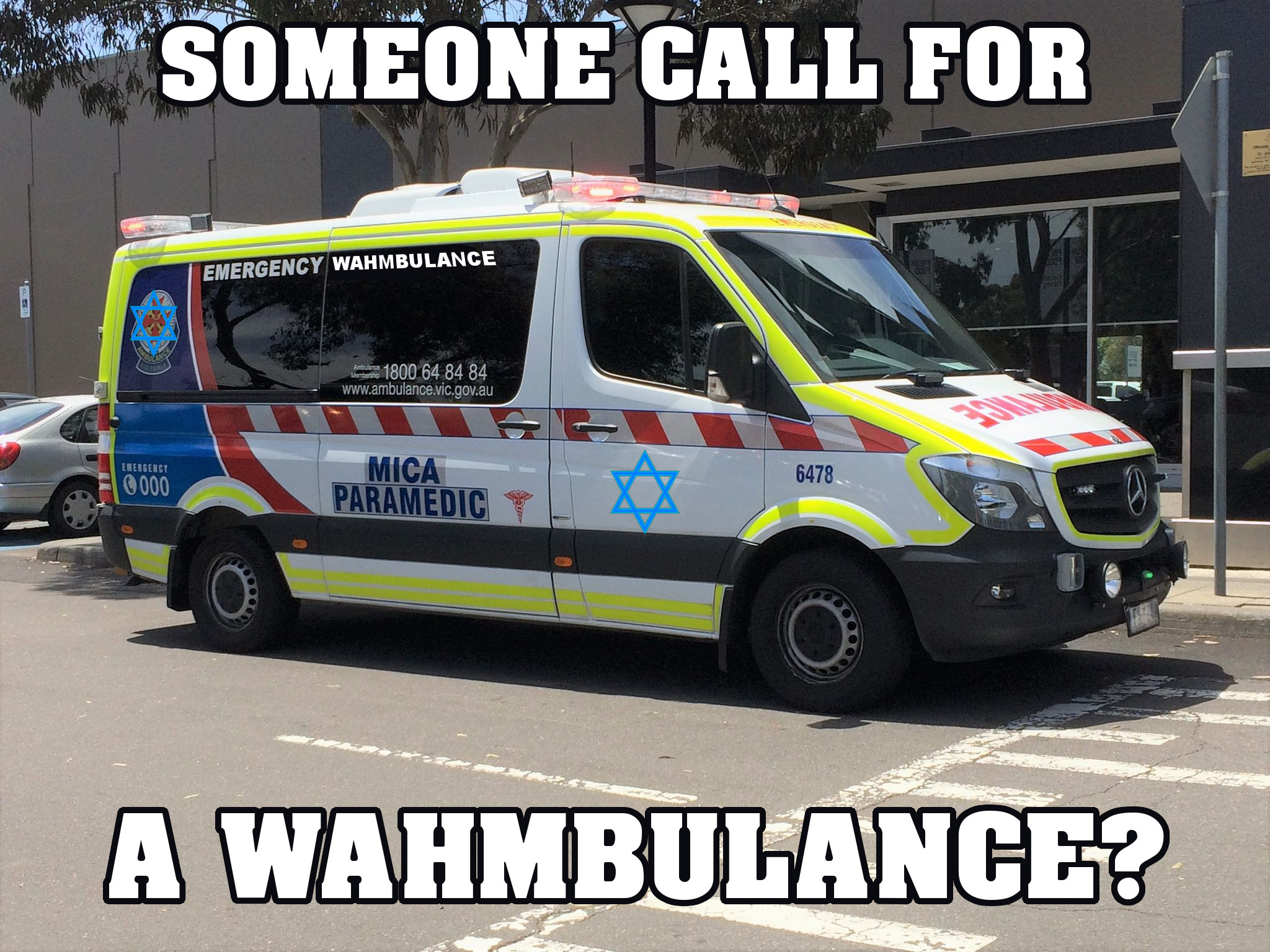 Translation: “People are saying things that we Jews don’t like and anything we don’t like is anti-Semitism, Hitler was an anti-Semite you know! He killed 100 Billion Jews! You don’t want to be like the evil bad mini-moustache man do you?”

The term “anti-Semite” means nothing more than “shut up Goy! Shut up non-Jew! You have no right to say things about Jews that we Jews don’t like!”

It’s a Jewish Supremacist mantra, designed to put non-Jews in their “place,” beneath the “Chosen Ones.” Even if they aren’t consciously using it in this fashion, this is the effect the word has therefore it is the correct translation of it.

As with the term “racist”, also created by a Jew, it’s important to reject the concept of “anti-Semitism” outright. Don’t argue against it; simply call it out as Jewish Supremacy because that’s what it is.

Here are a few of the channels the ADL want YouTube to delete because their tribe, 2% of the US population and about 0.2% of the world population, can’t handle anyone blaspheming against their God: themselves.

There are more listed but you get the picture, the only thing any of these channels are guilty of is saying things Jews don’t like. That’s all you need to do and “God’s Chosen” will call a Jihad down on you and your ability to reach an audience, or even to speak at all.

The highlight of this ADL hate-piece is the following:

Some of them are overtly Christian, including claims that Jews are aligned with the Antichrist, that they are a blasphemous and evil “synagogue of Satan,” or that they seek to undermine Christian society. Other anti-Semitic allegations are secular in nature and promote the belief that Jews are secret conspirators who control the media, academia, finance, and governments to the detriment of non-Jews. Belief that Jews control the levers of power in societies has been a crucial element of anti-Jewish conspiracy theories throughout modern times. 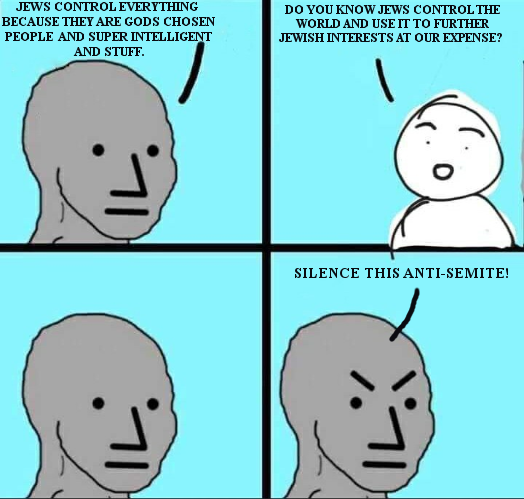 These three sentences are telling and display the deep dishonesty at the heart of Jewish Supremacy:

Don’t take my word for it, they are more than happy to let you know exactly what they’re up to, you only need to ask: 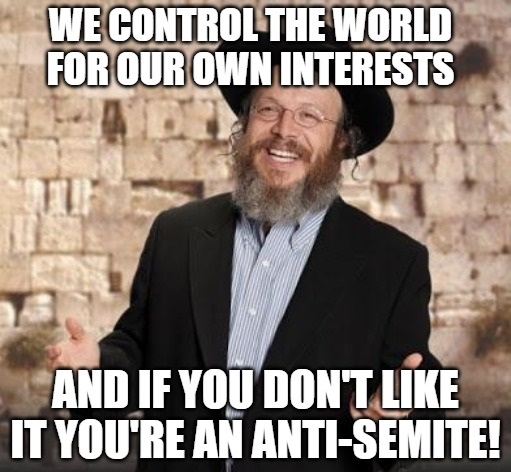 In essence, the ADL are complaining that anyone dares to call out their supremacist ideology and tell the truth about Judaism and its massively detrimental effect on Western civilisation.

We might be able to ignore this Hate Group’s agenda but the ADL are part of YouTube’s “Trusted Flagger” program. That means their opinion carries extra weight and if they don’t like what you have to say then you are in the firing line. If you say things they really don’t like, a lot, they might even send the FBI to your door.

The fact that YouTube’s CEO is a Jew, as is the President of it’s parent company ABC and founder of Google Sergey Brin, cannot be ignored either. This is no coincidence; the in-group preference of (((the tribe))) is obvious to anyone paying attention.

Calls for censorship aren’t only coming from Jewish supremacist lobby groups like the ADL; they also come from the mainstream media. Independent content creators are outcompeting old corporate media entities hands-down. Rather than improve their product, or make operations more efficient, they demand YouTube suppress or remove any competition.

Guess who owns the mainstream media. 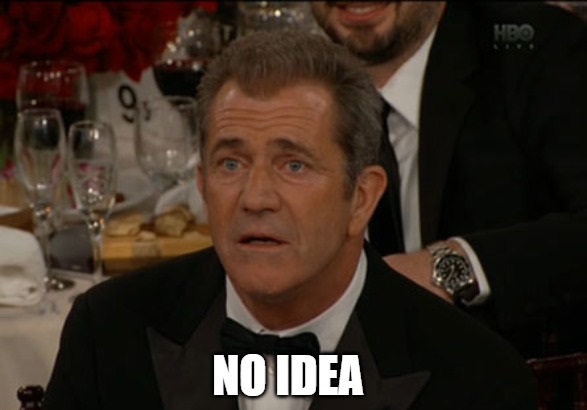 Don’t think for a second Australians are off the hook, our own “Chosen Ones” are hell bent on silencing all criticism of their actions here as well. In fact, the Chairman of the Anti-Defamation Council Dvir Abramovic recently called on the government to ban a 10,000 year old symbol of European history. A symbol that represents the movement of stars in the Northern sky throughout the year. 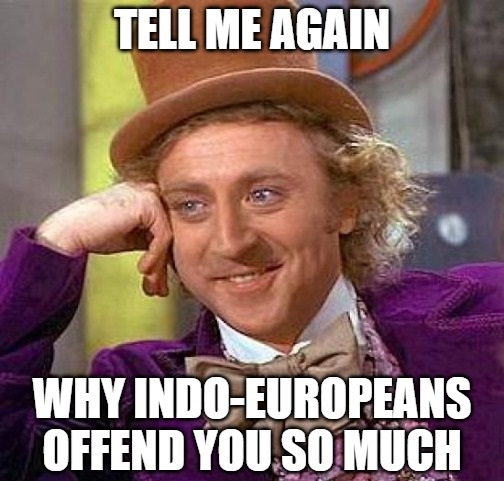 The same group, along with the Executive Council of Australian Jewry, conspired to have David Icke’s visa cancelled because he says things about Israel that they don’t like.

There is a reason every country they set foot in eventually kicks them out; it has nothing to do with “white supremacy” or “anti-Semitism” and everything to do with Jewish actions. It is perfectly reasonable to defend yourself against subversive actions of outside groups.

Jewish denial of this undeniable fact reflects their rejection of the messiah, when they killed Jesus they rejected Logos, they rejected truth and natural law, and thus rejected God himself. They became incapable of the self-reflection that made Israelites (not Jews) the real Chosen People and thus they now worship Moloch, aka lies, aka Satan, instead. 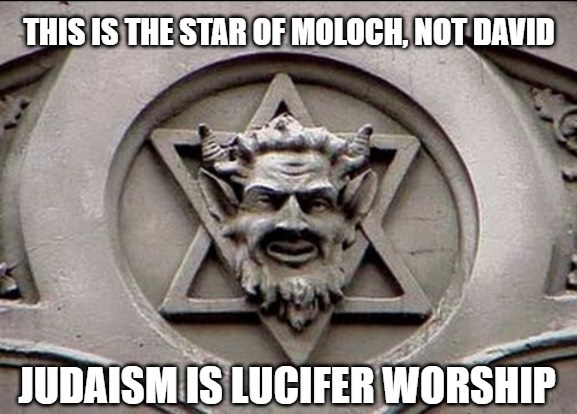 They use their ill-gotten power to censor us, to suppress our ideas, to close our bank accounts, to get us fired from work or make us unemployable while they steal the wealth our ancestors created and left for us alone. They steal our birthright then call us “white supremacists” and “anti-Semites” when we call it out and demand they stop. 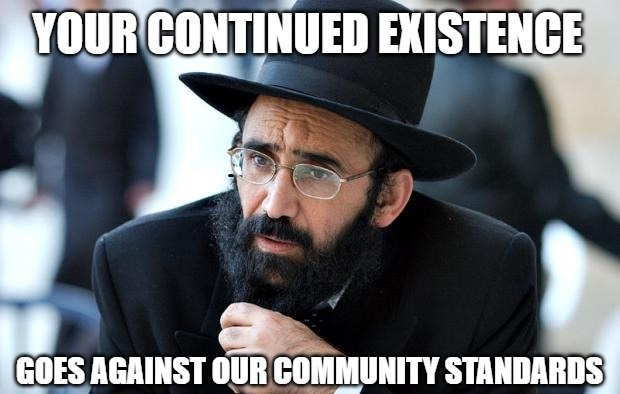 European Christians created the West, not Jews, not foreigners who flood our nations against our will at the behest of Jewish/Satanic religious and corporate interests. Our ancestors built what we see around us, it is our birthright and these rootless cosmopolitans are taking it from us.

This brings us to the guiltiest group of all, Christian Zionists. 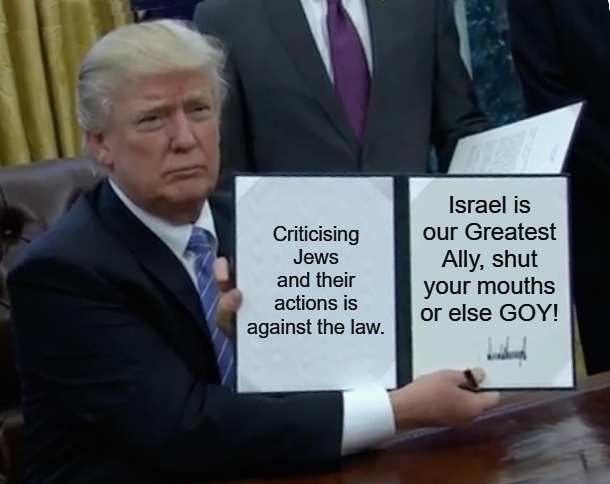 Jew worshipping Christian Zionists first infected the Anglosphere through the Roundhead Puritan Revolution in the 17th century and they’ve been growing their influence ever since. These days they are arguably the most influential electoral bloc in the world, constantly pushing the White House into stupidly supporting its enemy: Israel.

God’s blessing went to Joseph’s Sons, not Judah the father of the Jews, whose descendants later became the Kingdom of Israel after a civil war that split the Northern and Southern Tribes. The Southern Kingdom, known as the Kingdom of Judea, lost any remnant of “blessing” they may have received through their relationship to the Northern Tribes when they killed Christ.

They’ve been in rebellion against God ever since and until they accept Jesus as their messiah they are cursed.

As for the West, our civilisation had God’s blessing until our treasonous “leaders” sold us out to Jews, we’ve been on a crash course with satanic destruction and chaos ever since. 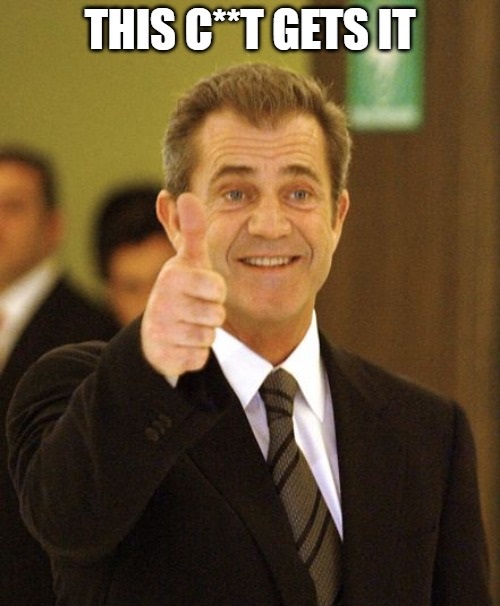 The clichéd reaction of Jew worshipers to hearing truths like this is also to cry “anti-Semite” and demand censorship, which does nothing but prove the criticisms right.

They claim anyone who points out these truths simply “hates Jews” or “wants another Holocaust” or some other boring clichéd appeal to emotion. Little could be further from the truth, just as God commanded nobody harm Cain when he killed Abel, God also commands that nobody harms Jews. He curses anyone who does, so beware those who would use violence to solve a problem that we can only solve through renewed faith and fearless truth telling. 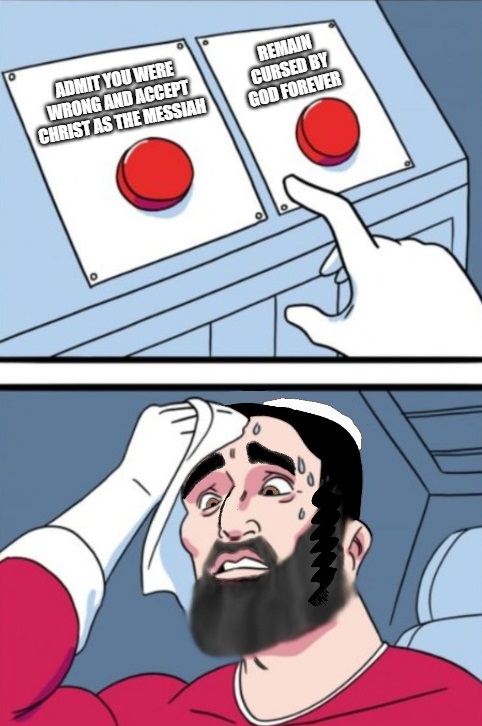 The Truth is Jews need to accept Jesus as the true Messiah or they will remain cursed forever. They rejected God, and the rest is history.

Remaining silent about Jewish power is not only cowardice, it’s the complete absence of love, it’s implicit hatred not just of yourself but of the Jews. It’s enabling Jewish delusions of divinity to not only destroy the West but the entire world. It’s like telling a kid with gender-dysphoria they are really a girl in a boy’s body and that the only way to resolve their mental illness is hormone treatment and penis amputation.

It’s like giving in to a child’s tantrum; you only makes matters much worse.

Powerful Jews, and their acolytes, are pushing the West off the cliff of mass-migration, multiculturalism, family degradation, sexual degeneracy and Satanic lies. We don’t fix this problem by giving-in to their demands, we fix it the way a parent fixes their child’s bad behaviour; we fix it by saying “you can’t have the chocolate, it’s bad for you” and remaining firm through all objections and slanderous dummy spitting.

When lies are destroying your civilisation the only remedy is the truth, no matter how much it might hurt. 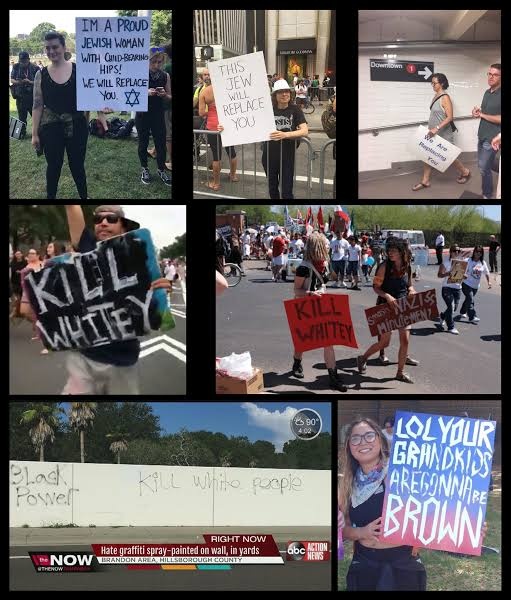 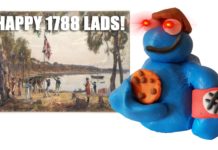