Twitter has been interesting this morning. nEwS.cOm has run a series of headlines apparently sympathetic to people who oppose the lockdown:

Victorian Premier Daniel Andrews is facing calls to end the state’s night-time curfew immediately, after it was revealed that the unprecedented restriction was not based on medical advice. https://t.co/qkAp2HpYHh

Guests are barred from dancing at weddings but sex parties – including group sex –have the official OK. How is this fair … or safe, Queensland? https://t.co/4Uf2Oo5rIC

“I want an apology from Dan Andrews. I thought he cared about keeping people safe? I don’t feel safe in Victoria.” https://t.co/z9Z3rDdvkv

The majority of Australian media has until now been a cheerleader for Dictator Dan and has done its best to destroy the profile of anybody who questions The Narrative regarding the lockdown: 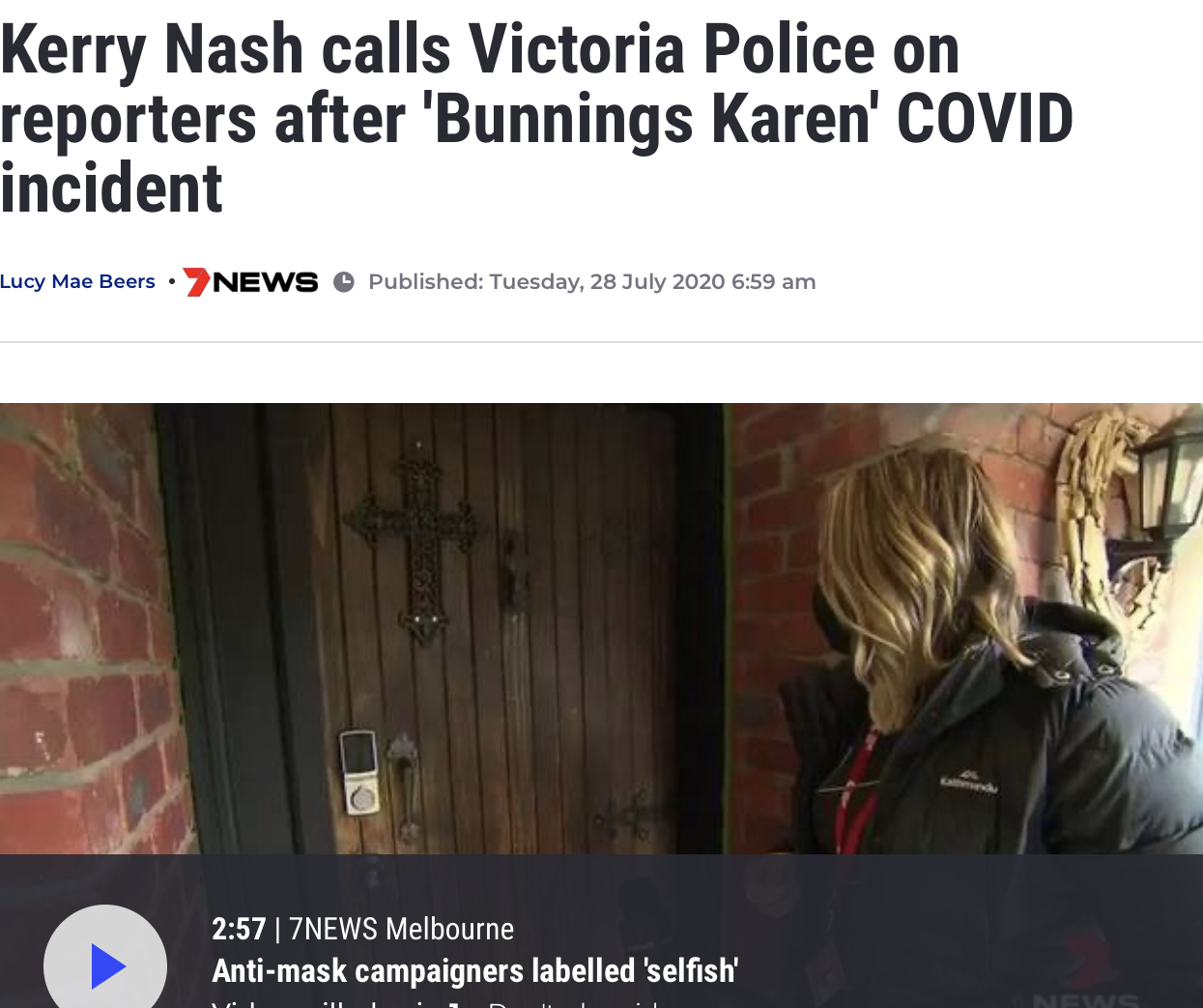 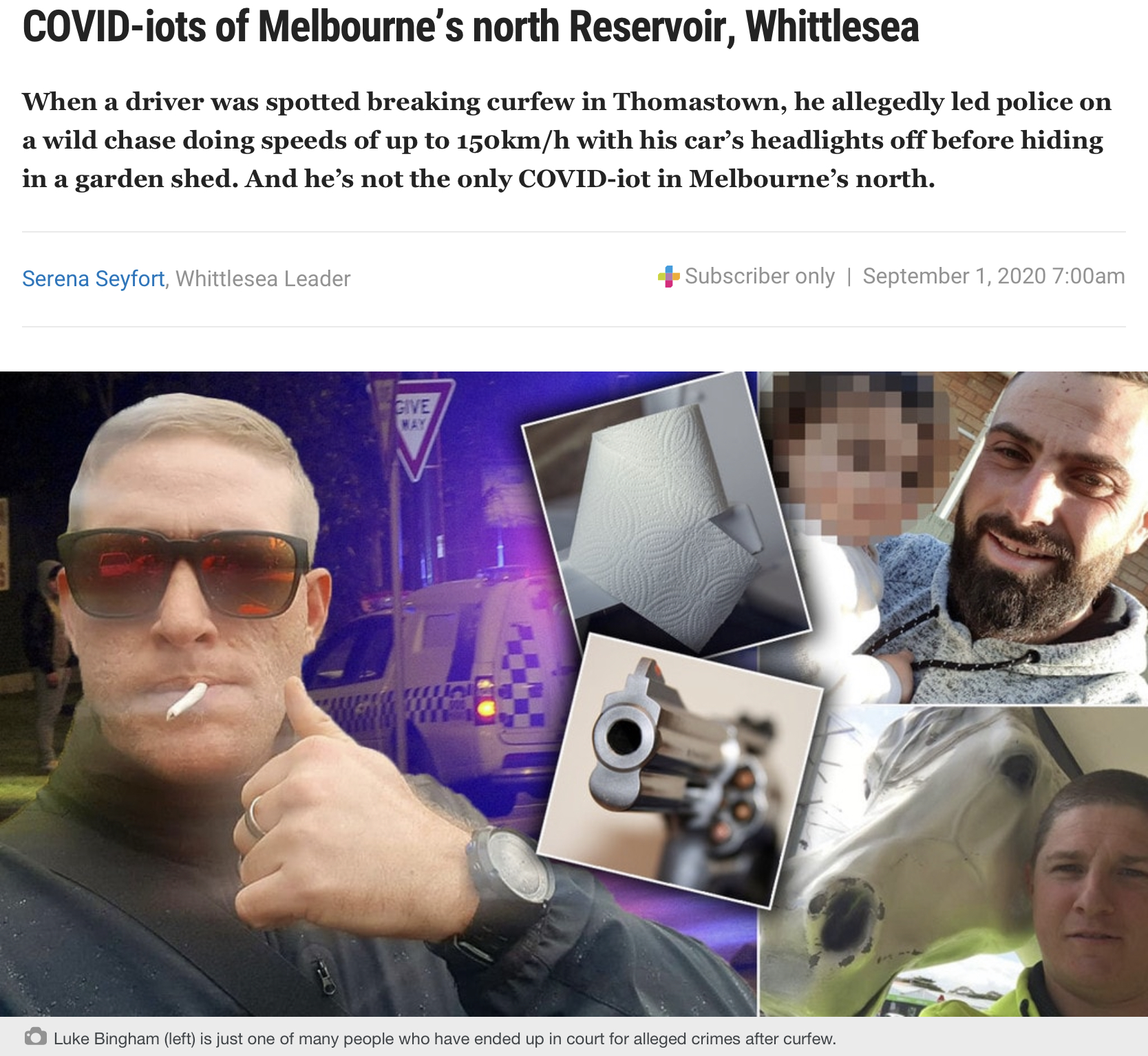 However, today the media are daring to hint at the truth behind the hotel quarantine fiasco:

I had previously made a gag about the optics of Victoria Police arresting a pregnant mother in front of her children, but for the purposes of intimidation and deterrence during the build up to Freedom Day, the optics were perfect. Perhaps though, footage that went viral of Victoria Police harassing two little old ladies was just too much:

Shockingly, the media hasn’t tried to destroy their lives. Let’s face it, you just can’t spin this.

The man who filmed police swarming “distressed” elderly women on a park bench in Melbourne during an anti-lockdown protest says he was shocked at what he witnessed.

Elia Palombino, 35, who lives off St Kilda Rd near the Shrine of Remembrance, said he was not part of the protest but was on a bike ride around the Tan track when the incident caught his attention on Saturday.

Speaking publicly about the viral footage for the first time, Mr Palombino told NCA NewsWire five police officers “went straight to the ladies and surrounded them” all of a sudden.

“That’s when I decided to get my phone out and start recording,” he said.

“They started intimidating the women, they threatened them to the point where if they didn’t identify themselves they would be arrested.

“It was very shocking seeing these people who are meant to protect the community of Australia lacking humanity; that’s the thing that disturbed me at the time,” he said.

“Taking their phones off them in a sneaky way by walking behind them, that’s basically harassment, that’s where I think we have a very big problem here.”

Mr Palombino said he watched the incident unfold for about five minutes until a police officer started looking at him suspiciously and he decided it was the right time to keep riding.

He said the ladies weren’t there when he rode back past 40 minutes later and he hoped they weren’t arrested but were “just moved on”.

He also urged them to reach out and tell their side of the story.

Not only has nEwS.cOm NOT tried to gaslight us by presenting the little old ladies as far right extremists who were about to exterminate 6 million kittens, they ACTUALLY interviewed the person who took the footage and let his words speak for themselves, AND they even showed his picture AND they didn’t even try to destroy his life either. 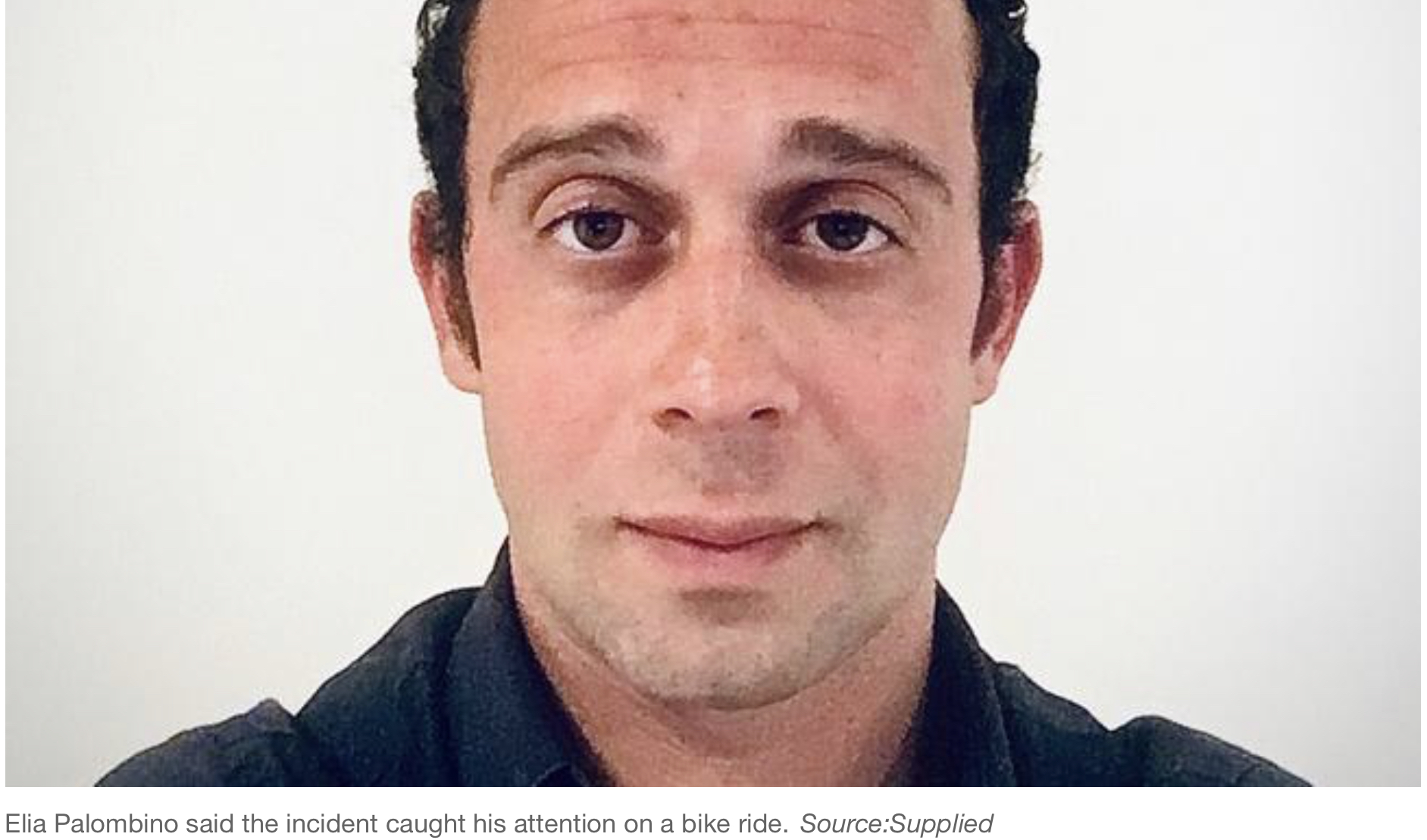 This isn’t like the Fake News Media. Something is up. Dealing With Evil People 101 tells us that when somebody who is usually very nasty to you suddenly starts acting nice you should not trust them, as they are likely bettering you up for something big.

Perhaps the media is allowing a little bit of release, letting Victorians vent their frustration for a short while before they revert to telling us we all have to mask up, eat our bigs and wait for the vaccine.

Perhaps they can sense the public mood shifting from quiet acquiescence to brewing revolt and want to keep their heads if things turn nasty.

Perhaps, given we know Victoria is a test case for the globalist enslavement of the world, the globalists have decided it is time to ditch the experiment. They now know how long people will put up with this nonsense, and they will be even craftier about it next time. If my speculation is not entirely fanciful, Daniel Andrews the puppet may become Daniel Andrews the scapegoat. Who knows, maybe they’ll even Nuke Melbourne, finally.

We know what the Jewish plan is. Daniel Andrews has said as much.

This guy is literally fixated on this Vaccine shit. How can anyone still be buying this shit. He has deliberately made you starve, so you will actually beg for it. Someone clearly has huge sums of money riding on this,Politicians, Jane Halton and some of the Media to name a few👊 https://t.co/zt6dpDHnpb

Use the plandemic to destroy people’s lives and livelihoods so we beg for the vaccine. The vaccine is likely one step in the plan for global depopulation. Daniel Andrews’ position as Victorian Premier matters not a jot to the bankers who rule the world. The scam will continue with or without him.