The spooks are definitely trying to spook us about war with the Han space ant colony right now.

Australia warned to prepare for an ‘unprecedented crisis’ in its own backyard as China and the US clash https://t.co/dVBDgQ43cL

“From the Chinese perspective from the outside it seems like the mantra is “don’t believe what you read in the news unless it’s our news. Don’t believe anyone’s version of the truth unless it’s our truth that we tell you.” @TasChop #auspol #TheDrum pic.twitter.com/Tuy9c5TQcp

I caught that clip while waiting at the chemist. It was especially enlightening to have a BMI-challenged ‘cross-cultural consultant’ Muslima from Melbourne analysing the Chinese threat to Australia for me.

The establishment is clearly worried. The propaganda is everywhere. Our Boomer rulers even brought over an American Boomer to debate with one of our Boomers about how us ENTILTED MILLENAILS need to get ready to fight for the freedom of their real estate portfolios.

It’s worth a watch actually. This Mearsheimer Boomer has been against the neocons (war Jews) for 20 years, and now that the Olam has been thoroughly Tikkuned everywhere and we’re about to get creampied by a million skinny Asians, he’s being taken seriously.

Mearsheimer’s thesis shows why he’s been an outsider in kosher think tank circles in Washington for the last few decades. He holds to this weird, quaint view that foreign policy should be guided by realism, not ideology. I know. What a crazy idea.

The people who’ve been ruling our rulers’ foreign policy tightly since Israel did 9/11 don’t do realism. They’re utopians. They’re into world improving. It’s what their G-d made them for.

That’s what they teach their kids in their special schools.

Now the result of all that ideological utopianism is a broken America, morally and financially bankrupted, and an ascendant China, which wants to become the Asian hegemon. The last time maritime hegemony in Asia shifted it was from Britain, our brothers, to the United States, our cousins. The brief period during which the samurai tried to take over was not an entirely pleasant experience.

Of course, it was nothing like the Holocaust but still, people died and stuff.

Mearsheimer makes the excellent and correct observation that a liberal democratic empire, far from being the just world policeman it thinks of itself as, is rather an aggressive and ruthless imperial power. He doesn’t make the connection, but this was also true of the world’s first recorded democratic empire – Athens. The more democratic and less republican America has become, the more it has behaved in the way Athens did and less like Rome. Rome was ruthless until you submitted, then there came the Roman peace and the attendant prosperity you’d expect afterward. Athens was capricious and held in thrall by demagogues who whipped up the mob for senseless and non-strategic conflicts to advance their own careers.

America has rapidly become less Rome and more Athens since the Israeli attack on America in September, 2001.

.@chuckschumer on Iran deal, August 2015: “We should not go forward with this agreement. This evil regime has stayed in power without even a slight threat to their being overthrown.” pic.twitter.com/zljYV04tjd

As outlined by neocons like Francis Fukuyama, America is a liberal democratic empire. Mearsheimer agrees. That’s the ideological worldview it seeks to impose, by force if necessary, upon each region of the world. While Fukuyama, like a typical Marxist, argues that this is an inevitable consequence of the direction of history, Mearsheimer instead frames this as the result of the hegemonic ideology of the ruling elite of America being foisted on a decreasingly grateful planet through economic and military force.

Mearsheimer’s right. There is no ‘manifest destiny’ of America, just as China is not the ‘middle kingdom under heaven’. The elites of both nations perpetuate those narratives, however, in order to mobilise their people to make it true.

The liberal democratic ideology of the American empire has nothing to do with the vision as outlined by the Founding Fathers. It’s not even a worldview which the generation that fought World War II would recognise. This liberal democratic ideology is one of racial, cultural, religious and increasingly biological pluralism. It’s a weird cult of universalism, in which no meaningful identity category exists outside the individual, and therefore only the individual exists in any positive sense.

That is, for white people. Every other collective identity may exist, and indeed be affirmed and celebrated by the state. 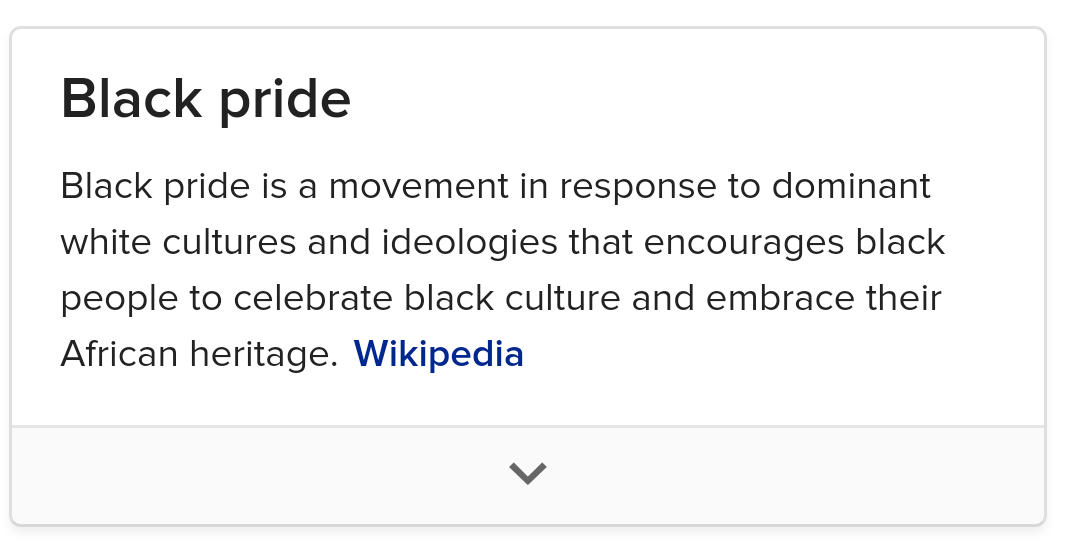 When whites do exist, it’s only in relation to historical crimes or present injustices being perpetrated upon other groups. Whiteness is toxicity, and while this original sin of whiteness may not ever be redeemed, constant penance is required on the part of whites in order to be acceptable to the rest of society.

So irritating. The misogyny *is* a politics leaning. People writing about violence and politics need to immerse themselves in critical race/gender “sociology,” categorized this way because “political theory” has been so conflated with hegemonic whiteness and maleness. https://t.co/0GGHu1venn

This is not just the fringe ranting of the far left. This is the ideology of America, and all political thought and public debate in Western countries now occurs within the Overton Window provided by this imperial ideology.

Postmodern America has now imposed this ideological worldview upon the entire world, and while Mearsheimer avoids drawing the connections laid out here for obvious reasons, the implications of his argument are clear.

When war with China starts, the regime in Canberra will ramp up the propaganda to demand that young Australians sign up to fight for liberal democracy. For the liberal world order. For globohomo.

Are you ready to die for alpha widowed feminist partners, kindergarten sex ed classes, enforced diversity quotas, seven figure shitbox apartment prices and being called a terrorist if you don’t put on your soylent smile and consent to bumsex with your tranny coworker after yoga, bigot?

This American Boomer is onto something. His analysis is spot on.

And it also shows why no young Aussie should go and die in the coming World War III in the Pacific for an occupied government which sees him as an anti-social terrorist.

Arguments like the one I’m making here make Boomer white nationalists very mad. The nativist savages even call the XYZ names like the ‘globalist right‘ for me telling our readers to get a SHTF plan in place for the imminent shitshow between a corrupt, decadent and occupied Uncle Sam and a lean, ethnically cohesive and technologically equipped Master Han.

In Hugh White’s estimation China today is twice as powerful relative to the US as Japan was in 1941, and the technology since then has become far more apocalyptic. Neither side in this fight is going to back down, and there’s no way we get to sit on the sidelines. War is coming; the debt imbalances around the world ensure that the poker game will end soon with pistols being drawn. The mouse utopia we’ve become accustomed to will end, thank God. We’re going to have to fight too, and in my estimation, unless we’ve got some super weapon developed out near Pine Gap ready to roll out, we’re going to get occupied.

The first fight, for ‘liberal democracy’, is not in our interests. The struggle after that, for the very existence of the Australian people, is the one to save your strength for. Let the Chinese bring the wrath of God down on the bastards who run this country. They don’t have our interests at heart. They serve other masters.

Not one drop of Aussie soldiers’ blood is worth this liberal empire we’ve been serving now for decades. The ideology of liberal democracy is now so deeply ingrained that only through crisis and existential struggle will we be free of it, and remember who we are. We might even rediscover our faith.

In the meantime let the empire fight and die, and the people take care of their own. 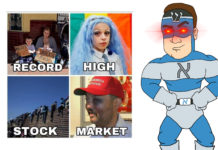