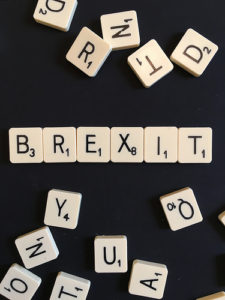 In the upcoming days the people of the United Kingdom will go to the ballot to determine if the UK will remain as a member of the European Union.

The fact that this referendum is being held despite the major political parties being in consensus to remain is important. Major institutions like the BBC and so many entities are on the side to remain, yet the people seem to be set to vote to leave.

The main reason I am supporting Brexit is an inherent distrust of large institutions. In general, I believe they end in corruption and a lust for power. The EU seems to be no exception to the rule, and I believe it needs to held to account by the people.

More specifically, I believe the EU is becoming a dangerous entity and it is best for the people of the UK and the EU that Britain leaves.

Most tellingly, when you assess the character and motives of the Remain campaigners, why would you not want to leave.

It is a rare opportunity for the people to decide something so important to the fate of their nation and a continent and for this reason, no matter what the outcome, democracy will be the winner through the simple act of letting the people decide.