How quickly we forget.

Trade Union Royal Commissioner Dyson Heydon QC AC has copped a barrage of cynicism and criticism from people who have grown up in a digital world for the fact he doesn’t use a computer or email. 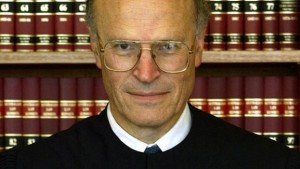 This, apparently, makes him unable to rule on matters of law, because everyone knows that from God text-messaging the Ten Commandments to Moses, to King John putting his IP address on the Magna Carta, to Thomas Jefferson uploading the US Declaration of Independence to YouTube, electronic communication has forever been THE one and only way to distribute and receive information. The keyboard is, and always has been, mightier than the pen.

Anyone who willingly or wilfully refuses to bow to the computer gods is a Luddite, a digital Neanderthal – someone who should not be able to sit in judgment of others or, indeed, make any decision on anyone’s behalf. Electronic Frontiers Australia certainly thinks so, saying “It is no longer acceptable for high-ranking public officials to not possess at least the most basic computer and electronic communication skills as are required for the most junior entry-level positions.”

Now remind me, where was EFA (“a national, membership-based non-profit organisation representing Internet users concerned with digital freedoms and rights”) when former independent member for New England Tony Windsor decided in 2010 to support the minority Labor government led by Julia Gillard on the basis that he supported Labor’s (ongoing and ever-more-costly) National Broadband Network?

Y’see, Windsor’s a man of Heydon’s vintage, if not his eminence. And this is what The Daily Telegraph’s Malcolm Farr wrote nearly five years ago to the day, on September 9, 2010.

ON Tony Windsor’s desk in his NSW Tamworth office yesterday were a carton of apples, a bag of large grapefruit, a CD by C&W singer Graeme Connors, piles of newspapers and documents.
But no computer.

That’s because the man who gave Labor government because he backed its plan for a national broadband network, cannot use a computer.

He hasn’t really tried since university. A BlackBerry is his limit.

“I can’t even operate a computer. I haven’t got one on my desk. But I’ve got people in here who can,” he said.

“I did computer programming at university and they were punch cards then, and I used to be fascinated with linear programming in terms of problem solving. But I’m ignorant now.”

Ah, but EFA supports the multi-billion-dollar NBN, so Windsor got a pass for being a technophobe. With regard to Heydon, on the other hand, EFA has no interest in him other than to use his name to piggyback into the news; and the loudmouthed lefties on Twitter, and in what passes for mainstream media in Australia these days, are only too happy to go to print, having already forgotten the not-so-distant past. How pathetic.

Footnote: Malcolm Farr has had the good grace to remember his own story about Windsor’s technical inabilities, but still can’t help jibing at Heydon’s old-fashioned ways: “…imposing a tech standard of the past decade on someone who had firmly established his credentials in the age of the fountain pen.” 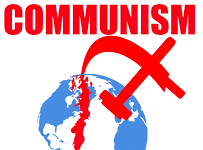