The National Australia Bank’s Independent Schools Survey was released this week and it found that:

When will parents learn that ‘women’s’ work is not okay!

Cleaning, laundry, ironing, cooking, etc….these things are only allowable when they occur outside of the home and are being done for money. Then ‘women’s’ work becomes glamorous. However inside of the home they are poison!

Unless boys do them. Or is it that poisoning boys is a good thing?

Of course if these jobs are done for money outside of the home then no poisoning occurs. It’s their professional knowledge that makes them immune, or is it the money?

If none of this makes sense, that means, you’re still sane. 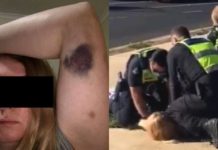