Editor: It’s remarkable, isn’t it, that this piece by David Hilton was first published on September 14, 2019. Almost like he was on to something.

You’re about to get blasted with the message that you need to go and die for freedom against China fam.

Federal Liberal MP Gladys Liu has refused to condemn China’s activity in the South China Sea and says she “cannot recall” whether she was a member of groups linked to the highest echelons of Beijing’s covert political influence.https://t.co/MlnOe6PVhh via @smh

The war is coming. It’s inevitable. There’s too much debt and too many promises have been made to us cattle by the elites in this democratic socialist debt-and-tax farm we were born into. They need to thin the herd.

China has the same problem, and so we’re seeing the early stages of World War III being built up between the Judeo-Christian American empire of globohomo equality and the Confucian-communist Chinese empire of soulless money worship.

It’ll be the ‘free world’ of sodomy pride parades versus the China-Russia-Iran axis of sexist homophobia.

Australian soldiers allowed to march in uniform at Mardi Gras

Now let’s be clear from the outset.

If communism was a cute baby seal, I’d happily club it to death in the snow.

If communism was Alderaan, I’d Death Star it before you could say ‘innocent civilians’.

That’s how much I hate communism, and despite what idiot normies think about China being ‘state capitalist’ instead of communist these days, China is communist.

Communism or Marxism or utopian political idealism or whatever you want to call this thing was never really about economics, or even politics. It’s a Satanic cult of power which, as I’ve written before, has its origins in the mystery religion of Babylon, repackaged as secular materialism to appeal to the modern, post-Christian mind.

The goys in the video below do a pretty good job going over the real nature of what communism actually is, but they fall short of naming the particular group who kept it hidden during the church age and then brought it out again after the Enlightenment.

Maybe one day they’ll know-know-notice which group that was.

The lying media is about to bombard you with a propaganda campaign about how we fearless defenders of liberal democracy have to stand up to the commies in Beijing and fight for the human rights of every brave and stunning disabled lesbian transgender wahman from Teheran to Pyeongyang.

Or grab your bugout bag and head for the bush.

Let the brave and stunning lesbians do the dying this time, because the same utopian cult which is behind the People’s Liberation Army has been behind the ideological subversion of Western societies for decades now.

The insect army fighting for China and the trannies fighting for freedom will all be on the same side, even if they don’t know it.

It may seem impossible to those of you who remain stuck in the TV mind control matrix, but America is going to lose this time. Uncle Sam is broke, and he’s spent his blood and treasure making the Middle East safe for Talmudic Judaism since Israel did 9/11. The Christian West is going to collapse within the next ten years under its mountain of debt and river of degeneracy, and after provoking the entire world through mad Judeo-Christian neoconservative wars around the world.

The Chinese and Russians have already developed hypersonic missiles which could sink the US Navy in an afternoon. American admirals have warned about it repeatedly over the years, but the corrupt and dysfunctional political establishment and military-industrial complex in Washington doesn’t care.

In my view, it’s a spiritual blindness the Lord has put on the decadent and rebellious West in order to discipline us for all the sodomy and perversion and abortions and rap music we’ve pushed out to the world. Especially the rap music. 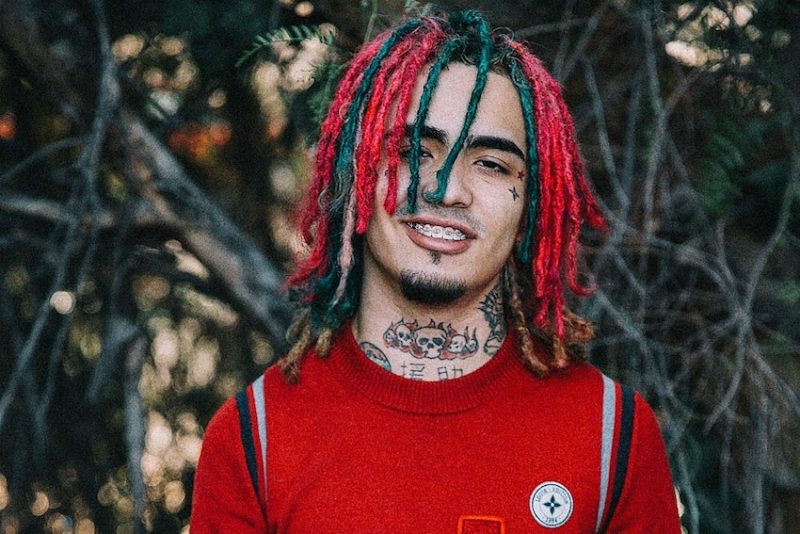 Rich, maritime empires do not have an impressive track record against more determined land-based rivals who rely on infantry and cavalry forces. Sparta beat Athens, Rome beat Carthage, Germany would have beaten Britain if Hitler hadn’t declared war on Soviet Russia and so far Afghanistan has been able to hold off the only supposed superpower in history. The odds are not good for America, unless the American elite are willing to sacrifice the populations of their large cities in a total nuclear exchange with Russia and China.

Either way, Australia is royally screwed. We’re going to get occupied.

And we deserve it.

Thinking of having an event in next year’s Mardi Gras festival?

Find out more and register your event here: https://t.co/sQLQQjl59a pic.twitter.com/Eblo1Dsngl

There will be none of that in the New Austraria.

If we were the men and women of 80 years ago, I’d be more confident. But we’re not. The transition from Christian to Judeo-Christian is pretty much complete now. America has been made into a golem for the same people who created communism in the first place. Christianity itself has been hijacked and replaced with a Judeo-Freemasonic cult of eternal revolution against nature. The gay and trans agendas are merely part of that subversive process, and once America has been taken down, the idiot trannies will be second to the gulags, after Christians.

Satan’s strategy to take down the Western bastion of Christianity has been infiltration and demoralisation before a final crushing humiliation at the hands of Russia and China. Western liberalism, which had always been understood as a political expression of Christianity, was subverted and made into a vehicle for cultural Marxism. That’s what the radical ‘free speech’ movements of the 60s and 70s were about. Once the Marxists won, they shut free speech down entirely.

Christians have been duped by liberalism for decades now, and now the best defence most Christians can come up with against the cultural vice being squeezed on our societies is some milquetoast form of self-help ‘classical liberalism’.

The elite which is going to tell you to go fight China for them is the same elite which got rich from building up China since the 1990s and offshoring Australians’ jobs while inviting millions of foreigners, majority Chinese, to speculate on Australian real estate and ensure that young Aussies would never be able to own a home and have a life in the way their forefathers took for granted.

They’re the same elite who fund, organise and train terrorist groups and professional revolutionaries around the world, including Antifa here in Australia.

‘If he wants to avoid the appearance of being used as a #US regime-change asset, #Wong certainly seems to be going about things the wrong way.’

Since the Second World War, the people of the Christian West have been duped into fighting and dying for an agenda of ‘freedom’ against ‘tyranny’, and the usual suspects keep playing this dialectical mind control trick to get us to go and die for their Satanic agenda.

This is terrible for the White House. Bolton was correct about the Taliban; State wasn’t. Bolton has been a hawkish voice for a tough national security policy, and his ouster likely signals that Trump’s approach will be significantly softer from this point forward. https://t.co/g13Shw46eW

As well as threatening regional and global stability, the Iranian regime continues to oppress – and imprison – women who dare to remove their veilhttps://t.co/6v5ezrGuvz #whitewednesdays #walkingunveiled #banIRsportsfederations

The death of a woman who set herself on fire after being arrested for trying to enter an Iranian football stadium has provoked outrage across the country and around the world.https://t.co/uwqsXJxTmV

God does not want His children to die in any more Satanic wars for liars, thieves and murderers.

Get out of the cities. Stop participating in this sham left-right dialectic. Laugh at it. It’s there to manipulate and control you.

Prepare for the end of this mad global empire of liberal democratic utopianism. Get out of debt and build a farm or a workshop or something that’ll make you valuable to your neighbours once the SHTF.

Don’t die for bumsex. It’s not our fight.

Find yourself a comfy seat and grow your own popcorn.

Because pretty soon, we’re going to watch the world burn.