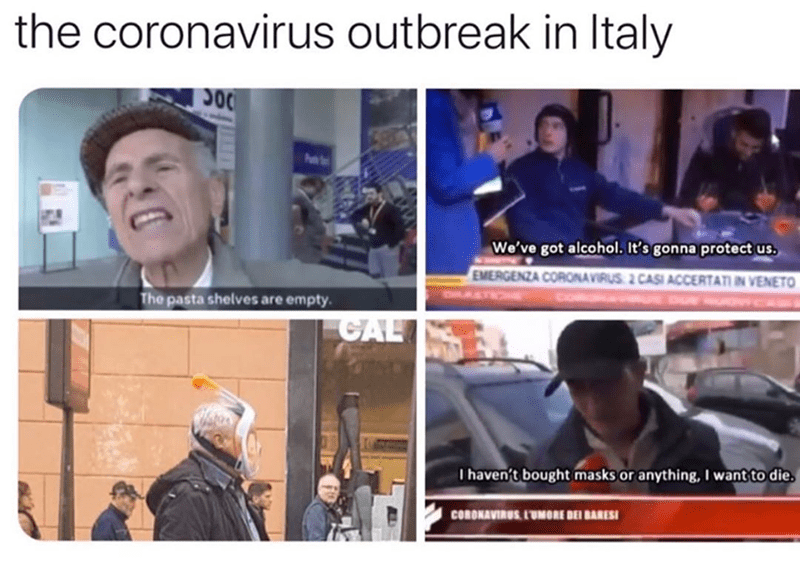 I had a long telephone conversation with a very good Italian friend of mine who is in the epicenter of the Corona virus outbreak in Italy. He has homes in Verona and up in the Trentino mountains but they elected to remain in the mountains to see things out. There are only a few cases of the virus in the Trentino region with the closest one being a good 30 kilometers away. That distance in serious mountain country is not far as the crow flies but far enough as it were.

The government has imposed travel restrictions. In short, you’re not allowed to leave the local council in which you live. There are about fifteen councils in that little mountain valley so that’s not far to go. All businesses are closed apart from those offering essential services such as supermarkets. He thinks that the military will soon be deployed to the streets with roadblocks. Unless you’re getting food or you have a really good reason to be out and about, you’re not supposed to be going anywhere. If you are stopped by the fuzz then you need to have a note from yourself explaining what you’re doing and why you’re out and about. Written in crayon I presume.

I asked him if he had stocked up his larder but it turns out that the idea hadn’t even entered their minds. He had gone to the supermarket only the day before and it was piled high with food. No panic for toilet paper in that country at least, as if you can eat toilet paper. But I found his nonchalance to acquiring food to be rather surprising. Still, these are Italians and their idea of an empty cupboard would probably feed a reasonably sized American family for some time.

He and his wife have two young children but apparently all is well. He has taken to reading a lot of books, ten so far or so he claims. My own books are selling quite well so perhaps this explains the uptick in numbers. There have to be some winners out of a crisis so why can’t I be one of them?

The Italians are renowned for their predilection for flouting laws and ordinances but nobody is going against this one. One thing I loved about living in Italy was the sense of community. The reaction of Italians to this crisis reveals their general attitude to looking after one another and the sense of personal responsibility and duty that they have for their communities and ultimately their nation. They are serious about this one. They have rolled up their sleeves and they are making the necessary sacrifices.

He told me that the virus is on its way to me. Or rather, that the virus is already in The Netherlands but that we’ll be under the same regime within a few weeks. It remains to be seen how the various diversities will behave under the looming crisis. Perhaps we will discover that diversity is not quite our strength after all. Imagine what a surprise that will be. First we rediscover our penchant for closed borders after decades of being told that we’re racist if we don’t allow the entire third world into our lands and give them all of our stuff. Then we might actually rediscover that they were right to accuse us of being racist all along.

Amazing what changes an average plague will unleash.