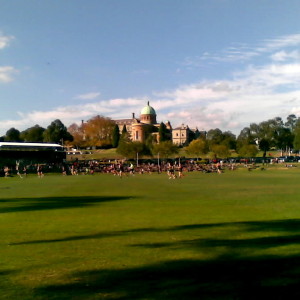 In a truly shocking and unprecedented development, it has been revealed that high school students write stupid things and are especially prone to mocking and hurling abuse at other students who attend other schools.

In a further startling revelation, it has emerged overnight that teenagers at high school are responsible for some offensively juvenile Facebook posts.

But citizens, relax – the thought police are on to it, the outrage industry has swung into gear, and the apologies are starting to flow thick and fast. And the 18 year old who has behaved so outrageously has been suitably chastised, although not quite to the satisfaction of the left wing press, who would no doubt especially enjoy some attendant public humiliation.

In any case, it is anticipated that political correctness will bring an end to adolescence at some point in the 22nd century, unless the imposition of sharia law does it first.