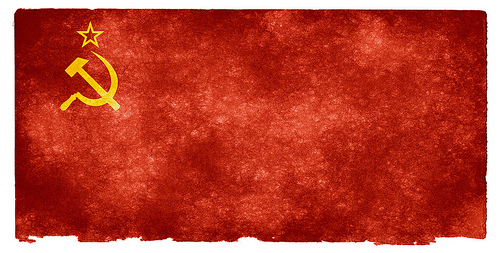 I have predicted that with the passage of fake marriage through the Australian parliament, the left would be able to put all its energy into attacking the next big target: Australia Day. Sure enough, the Communist Party of Australia, sorry, the Greens, are setting their pieces for the endgame:

“Senator Di Natale has told more than 100 Greens councillors across the country that they will have the full support and resources of the federal party if they launch local campaigns to move celebrations from January 26.

The XYZ understands that said “resources” include several Yaks and a T-34..

“He said he hoped to build upon the momentum of the Greens-led Yarra and Darebin councils in Melbourne and the Fremantle council in Western Australia, which shifted Australia Day celebrations last year.

Of course it was only the beginning.

“All Australians want a day on which we can come together and to celebrate our wonderfully diverse, open and free society, but January 26 is not that day,” Senator Di Natale said in comments to The Australian.

“It’s time that we stop papering over an issue that for 200 years has been so divisive and painful for so many of our citizens.

Because communists like Richard di Natale make it divisive.

“That’s why the Australian Greens are redoubling our commitment to starting conversations with local communities about changing the date of Australia Day.”

“Senator Di Natale said Greens councillors serving across the country gave the party’s federal parliamentarians the opportunity to engage directly with local communities and support them to advance the case for changing the date.

“By throwing our support behind the community groups and local councillors doing the hard yards on the ground, we want to kick start a national conversation about the legacy of January 26th and what a more inclusive Australia Day looks like as part of the process of reconciliation and towards a just settlement with Aboriginal and Torres Strait Islander peoples,” Senator Di Natale said.

“It is my hope that our increased support will contribute to many more councils following the lead of Fremantle, Yarra and Darebin.”

“Starting a national conversation” is one of my personal favourites. It evolves seamlessly into “this will continue to be an issue until it is dealt with,” ie, give in to our demands or we will beat you and destroy your property.

Liberal Party politicians are unwise to dismiss this as a distraction from the important work of building the economy. For the left, this is at the core of their their strategy.

The left have successfully undermined every political and cultural institution in Australia they have set their sights on. These institutions had upheld Australia’s identity as a European nation which valued free speech and free markets. As each one falls, our European identity falls, and the values of free speech and free markets, those European values which civic nationalists think migrants come here to adopt, will slip away with it.  Indeed the values they will be replaced by, not to mention the demographic make-up, will be completely foreign.

The end goal is communism.

One of Marx’s most important ideas was that the worker in France has more in common with the worker in Germany than he has with the aristocrat in France. For this reason, communists have always worked to undermine the national identity of whichever nation they are subverting, in order to replace what they viewed as the false construct of national identity with a true class consciousness. We talk about Cultural Marxism pitting one group against another in terms of victim-oppressor, such as gay-straight, female-male, black-white. However in this respect, by casting our very existence on this soil as the legacy of an act of genocide, with the only option for redemption being to cast off our identity as descendents of the people who founded this nation, and replace it with a communist-inspired civic nationalism, which will soon give way to full communism, the traitors agitating for #ChangeTheDate are classic Marxists.

Losing the fake marriage battle was our Singapore. Australia Day is our Kokoda, and ANZAC Day, which will follow soon after, is our Battle of the Coral Sea. Lose these, and we’ll be taking a serious look at Antarctica.