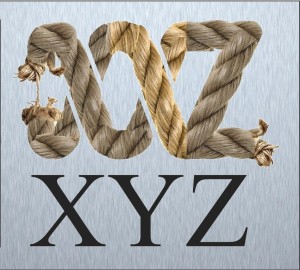 The XYZ has shot to the forefront of political and social research over the last couple of weeks, in particular with its poll regarding how the electorate has responded to the sacking of Tony Abbott as Prime Minister.  The XYZ received 1052 responses to the question “How will the sacking of Tony Abbott, and his replacement with Malcolm Turnbull as Prime Minister by the Liberal Party, affect your vote?”

The clear majority of respondents (55%) said they would not vote for the Liberal Party with Malcolm Turnbull at its head.  Given the question describes Turnbull as a “Turncoat,” it is safe to assume the respondents are conservative Liberal voters.  Although this does not predict how people will vote on election day, it does reflect the anger which has been reported in the media regarding the sacking.

However, a strong proportion (35%) of respondents also stated that they would vote for the Liberal Party, either because they support the team despite a heavy heart (23%), they are a “small l” Liberal voter so are happy with the change (4%), they would not have voted for the LIberal Party before, but will now that Turnbull is at the helm (2%), or they will vote for a conservative minor party, but give the Liberal Party their first preference (5%).

If nothing else, this would indicate that The XYZ attracts a cross section of the Australian conservative community.  We are glad that we have been able to give conservatives, liberals, libertarians, classical liberals, cultural libertarians, or whatever particular wordgame best describes you, a place to let your voice be heard.

The XYZ is also bouyed by the fact that 8% of respondents said they would not vote for the Liberal Party, either because they hate it (7.5%) or because although they admire Turnbull, the left wing parties better represent their principles.  This indicates that although the exchanges may often be heated, The XYZ is able to provide a forum for an honest exchange of views between both sides of politics.

Aaaaand that leads us to the booby vote, the 2% who clicked on “Democracy is haram. All hail the Islamic State!” Either we are attracting a pleasing number of smart-alecs who share our cheeky spirit, or, you know, they’re watching us….

Of far more imortance, the majorty of voters, (37%) picked Hawthorn and West Coast to play off in tomorrow’s AFL Grand Final, indicating that XYZ viewers are astute realists.

Our new poll asks the most important question of the day; “Who will win the 2015 AFL Grand Final?”