On November 26, 2016, the XYZ received a mention in an article written by Daniel Flitton, published by the Age, entitled, “Keyboard warriors of the alt-right have Australia in their sights.” We had gotten a heads-up a few days beforehand from Flitton himself, who was kind enough to send The XYZ editors the following email:

“I’m with The Age newspaper, and I’m writing an article about conservative media online.

“I was hoping to discuss the motivation setting up the XYZ site, objectives and why you think there is a market, the commercial aims (advertising, that sort of thing).

“I’m looking to write a piece around the “alt-right” media finding an audience in Australia – whether you believe the XYZ site should be seen as under this rubric.

“If you’re willing have a chat, it would need to be in the next day or so.

We ignored it. This turned out to be a wise move. The article featured the same tactics we have seen from the mainstream media since the election of Donald Trump, which is to paint alternative media sites as fake news, unprofessional, delusional and bigoted. We found the following passage, in which The XYZ was briefly mentioned, fascinating:

“In Australia, a site XYZ claims to be a corrective to the public broadcaster (and it carries ads).

That’s it. That was all we got. Guess we should have answered the email. This is the regressive left equivalent of a dog whistle. The thinking is as follows:

“There is no need to deal rationally with any of the arguments made by this website. All we need to do is quote a few headlines so that everybody understands that they are a bunch of Trump-supporting, fake-news-producing, deplorable bigots.”

With all this in mind, The XYZ decided to contact the author Daniel Flitton for our right of reply. We sent him the following email*:

“I’m an editor of online newspaper The XYZ. We are running a feature on the way in which dying mainstream media outlets are trying desperately to play catch-up in the wake of the election of Donald Trump. We would like to submit the following questions to you:

“How concerned are you regarding the future financial prospects of Fairfax Media?

“Do you consider the republication of your articles for the Age in the Sydney Morning Herald as a way to get the same people to read your articles twice?

“Do you consider your work to be a form of advocacy?

“Like us, does your editor work in his spare time?

“Do you have any straight white male friends?

“As a presumably professional, paid journalist, do you sometimes lie awake at night stirred by the ghosts of journalism past?

“Do you feel that journalism as you know it is dead, that your unspoken professional goal is now to fight for freedom of expression – provided the expression is within an ever-narrowing definition of tolerable opinions and values?

“Does it concern you that the cognitive dissonance between your journalism-activism-propaganda and the real world is so massive that you are failing all the tests of common sense?

“Do you consider the mass purchases of newspapers by government departments and universities (in other words, using taxpayers’ money) a subsidy?

“Does it bother you that just as many Fairfax journalists and contributors had done their best to besmirch any non-leftist position as ‘extreme right’, they’ve now had to switch to using the less obviously pejorative term ‘alt-right’?

“What proportion of your workforce is clearly or unclearly transgender and do you think quotas on the employment of such people should be implemented?

“If you are willing to be quoted in the article, you will need to respond by email in the next day or so.

Daniel Flitton has not responded to our line of enquiry.

The XYZ is, nevertheless, nothing if not persistent. We were intrigued by another passage from Flitton’s article:

“‘They take an element of the truth, but they twist it to suit their narrative,’ said Joshua Roose from the Australian Catholic University, who has investigated the factors spurring people to become involved in the political fringes.”

A quick Google search revealed that Joshua Roose has done quite a bit of work studying the issues of the integration of Muslim communities into the West, and a good deal of thorough, scholarly analysis based on actual data. However, we could not but help send him the following questions:

“Do you find it interesting that Flitton** considered it reasonable to summarise an entire website by quoting a few of their headlines?

“Do you think that the headlines chosen were meant as a dog-whistle – i.e., these guys are racist Trump supporters – to his “progressive” audience?

“Do you think this is the equivalent of the XYZ quoting the following abstract of your chapter ,’Between Rhetoric and Reality: Shari’a and the Shift Towards Neoliberal Multiculturalism in Australia, in Cultural, Religious and Political Contestations: The Multicultural Challenge, Switzerland: Springer. pp.91-106:

“‘This chapter explores the schism in Australian multiculturalism between explicit and publicly-stated rejection of Islamic law as it relates to the personal domain on the one hand, and the embracing and promotion of Islamic finance as opening an avenue to prosperity on the other.'”

“..and subsequently characterising you as a proponent of Sharia Law in Australia?

“Given that your “work examines the intersection of law and religion, political Islam, Sharia, multiculturalism, citizenship and xenophobia,” implying that you think xenophobia is a thing, do you think it was misleading, bordering on fake news, for Flitton not to mention your research background, in an article summarising websites which take a critical stance toward Islam?”

Joshua Roose has not responded to our line of enquiry.

Another expert quoted by Flitton was Sociologist Andrew Jakubowicz. A quick perusal of his profile at the Conversation contains the following terms:

The XYZ has not bothered to contact Mr. Jakubowicz, as it has already been established by the Age that one need only to quote a few key words from someone’s website to dogwhistle to one’s ideological brethren that this someone is a regressive-left hippie douche.

This is standard practice by the left-wing mainstream media. As highlighted in ABC publishes fake news about fake news (you know, that headline quoted by the Age to imply that The XYZ is fake news), we demonstrated how left-wing journalists will quote the opinions of left-wing academics with long resumes of left-wing activism, but present it as unbiased statements of fact from respected researchers.

One might even call that fake news. And it is fake news which has 228 years of Australian history, and thousands of years Western culture and identity, in its sights.

Tune in later this evening, for part 2 of this reply to the Age, in which we interview those sought for comment by the Age, and publish their replies, unedited, to get an unfiltered understanding of their actual views and motivations.

* With special thanks to Keating and Vic Timms.

** Full disclosure: A certain XYZ editor may or may not have been referring to Flitton as “Fillion” for a couple of weeks. For this, he makes no apology. 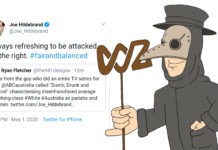 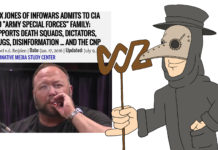