Having children is the most tremendous and rewarding responsibility one can have as a human being. As a music lover, I consider myself a guardian of two of the pinnacles of Western Civilisation- the “Classical” music tradition, and the rock music of our modern era. An understanding of how each musical style and idea led onto the next, or was rejected by the next, over the course of centuries for the classical, or through generations for rock, can be passed down to our children if you follow this approach:

Present music to them chronologically over the course of their lives.

Children’s brains are at their most elastic, and ears their most receptive, in the early years. Of course there will come a time when there is little you can do or say to make them understand just how God-awful the noise they listen to is, but while they are little, you still have a chance to shape their musical tastes. You can set a musical programme for when you are in the car, for bedtime, bath-time, as long as you don’t take the whole thing too seriously, and understand that your offsprings’ minds are their own.

In part one, I will cover the revelation of “Classical Music.”

I propose that mothers and fathers start playing music from the Renaissance Era, (c1400-1600) from the moment of conception. Sure, an unborn baby can only hear after about 20 weeks, and only low pitched sounds at first, but the vibrations will no doubt be helpful, and instil a sense of rhythm from the very beginning. As the foetal ear and brain is developing, so it will experience the development of early Western music – composers nutted out whether they considered 3rds or 4ths to be the more consonant, and evolved from a modal approach to the more diatonic harmonies of the 17th century.

Leaving the womb is traumatic for all involved, so make the transition as unequivocal as possible for the newborn, by introducing it immediately to the music of the Baroque. The Wiggles, High 5 and Yo Gabba Gabba are important too, but you will be amazed how infants respond to fugues and the forerunners of sonata form. Play Handel’s Water Music at bath time, and your child will quickly learn the association. Along with the likes of Bach, Telemann and the 555 keyboard sonatas of Scarlatti, little Johnny will have consumed some of the most complex music in the Western Canon when his brain is easiest to program.

After the first birthday, proceed to the Classical Era. It isn’t always appreciated so well in our era of “classical pop,” when music from both the Classical and Baroque are often put in the same, quaint basket. But after nearly 2 years of listening to almost exclusively contrapuntal music, you will appreciate the clarity, simplicity and beauty which distinguished the Classical Era from its predecessors, and you will truly understand why the composers and royal courts of the time found it a breath of fresh air. Be sure your children hear the music of Bach’s children, as well as the giants Haydn and Mozart. Mozart’s operas could be especially useful as your child learns to speak, especially for his German.

When your child enters the terrible twos, let him listen to two masters, for the entire year; Beethoven and Schubert. Beethoven, the greatest, is an obvious choice. The often stormy mood of his music will match that of your little terror, but the terror will also absorb his depth, his insight and his genius. Schubert, if he hadn’t died so tragically young, could have risen to be Beethoven’s equal. Also, just as Beethoven provided the bridge between the Classical and the Romantic eras, Schubert’s music is its own genre.

At the age of three, as the youngster starts to string longer sentences together, the longer melodic lines and richer harmonies of the Romantic Era will accompany him. The likes of Chopin, Schumann, Brahms, Grieg, Saint-Saens, Tchaikovsky, Wagner and Liszt will drive his senses wild, as a three year old mind wanders at the whir of notes surrounding him. Be particularly sure to play him the music of Chopin. His is one of the purest expressions of the budding Nationalism of the day, and his unique tone will hone your child’s ears more than any other.

At four, the multiple paths of the Twentieth Century can be revealed. Hold off on the impressionists until now. He will need this to cushion the stark blow of the Russians. Hold back on Rachmaninov until now too- he is a symbol of what could have been achieved had the socialism of the Serialists not infected music- it is this intellectual muck which is to blame for the noiseless rubbish churned out by composition schools today. But jazz, and the Great American Songbook, show what can be achieved when reason and the free market are celebrated.

If your strapping young sapling goes to school at 5, it is time to move on to the rock of the post-war era. If 6, another year of twentieth century music will be all the more beneficial. Again, a child of five will not be able to articulate or understand, let alone play the greatest music of the last 600 years, but his brain will have been formed and his ear trained to appreciate it.

This idea is meant to be far from proscriptive, and it must be noted that this theory has never been tested. In fact, given the history of eccentric egotists who have developed rigid systems of learning in order to achieve utopian goals, I would like to make it clear that my tongue is placed firmly in my cheek. Just take this as food for thought, that we are proprietors of our cultural heritage, and there are multiple, creative ways of passing on this heritage, and pride in this heritage, to the next generation.

In part two, I will cover how to present rock music to children in their school years, and say a little more with regard to how both classical and rock can provide a doorway to understanding the philosophy, politics, and history of our culture.

Editor’s note: The XYZ takes no responsibility for irreparable damage caused should this turn out to be not such a good idea. 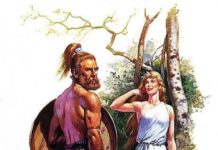