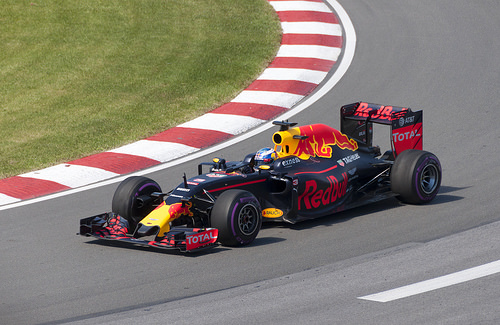 Daniel Ricciardo has given his thoughts on Australian roads vs those in Europe:

“FORMULA One star Daniel Ricciardo has called for faster European-style speed zones on Australian roads, suggesting the limit should be increased to 130kmh on major freeways.

The Aussie F1 ace said Australia should keep up with countries around the world that allowed faster speeds in safe environments, suggesting current laws went too far.

“In Europe I would say the average speed is probably 130kmh, and if everybody is travelling that it doesn’t feel and it’s not fast at the end of the day’’ he said. “Sometimes it’s a little bit over cautious (in Australia), let’s say that.’’

Ricciardo, who will race at speeds of more than 300kmh qualifying for the Australian Grand Prix at Albert Park today, said he was frustrated on country roads.

Asked if he thought 130kmh limits could work on selected Australian freeways, the Monaco-based star said: “I believe so because I’ve seen it and I’ve lived a lot of it for 10 years. And I don’t want people saying ‘oh that’s because he’s a race car driver’.

“But everyone is doing it and not everybody on the road is a race car driver.”

In the past Mark Webber (and V8 Supercar drivers) have had their say on it:

There is something I notice about the speed-kills-do-gooder brigade. They come up with excuse after excuse:

Speed is the major factor of road trauma, our roads can’t handle it, It will be to expensive, it’s not safe, drivers aren’t capable of making judgements at those speeds.

I’ve heard them all. But none of them will explain why it is ok in Europe and why they don’t police speed nearly as much in Canada.

It leads me to think that those who constantly fight against the increase of limits have:

You can scan back through my previous articles on speeding fines and road fatalities and see that the policing of speeding is not actually making roads safer. The figures literally, and I mean literally, tell you that they are only getting increased profits.